He lied to mum, skipped school, spent most of his time gaming, retained, but is now set on studying law 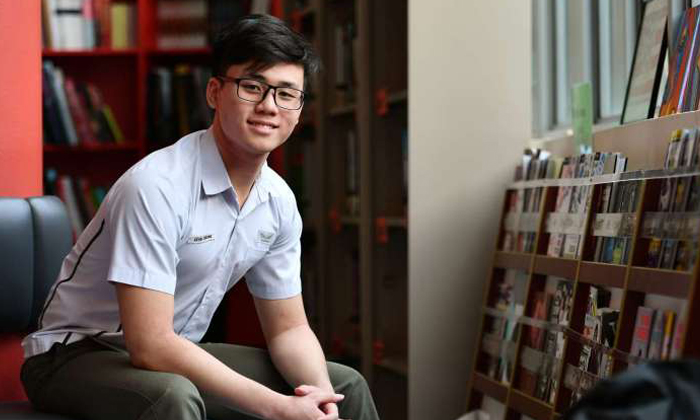 Changkat Changi Secondary school student Kevin Cheong was devastated when he failed most of his exams and had to repeat Secondary 3 in 2014.

He felt like an outcast and his self-esteem plunged. He lied to his mother, a single parent, and skipped school.

Instead of studying, he spent most of his time gaming.

"I kept asking myself, why am I waking up so early to go to school every day, when I'm not even doing well?"

He also ended up failing Principles of Accounts at his N-levels last year (15). His only option was to take a Nitec course at the Institute of Technical Education.

But the 18-year-old decided to give the N-levels another shot, this time with serious effort. He studied for 10 hours every day in the lead-up to the exams and finished with a score of nine points.

The score qualifies him for the Polytechnic Foundation Programme, a one-year course conducted by polytechnic lecturers who prepare students for entry into different diploma courses.

Kevin intends to apply to Temasek Polytechnic to study law and management.

Looking back, he said he felt inferior to his peers because he had to repeat a year. His relationship with his mother was also strained because he thought she looked down on his friends.

His mother, property agent Rosanna Wong, had been looking after him as a single parent since her divorce when Kevin was four.

Madam Wong, 46, did not know about his problems at school.

Things turned around for Kevin after he opened up to a school counsellor July last year (2015). The counsellor helped to mend the mother-son relationship.

"I apologised to him and became more careful with my words. I told him that results are not as important, the most important thing is that you are happy and that you try your best," said Madam Wong.

Kevin, who hopes to become a lawyer in the future, said the meeting with the counsellor helped and he decided to work hard to make his mother proud.

His advice to other students who have experienced failure or had to repeat a year:

"Don't be discouraged, don't give up. Don't think just because you are grouped with younger students that you are not as smart as them. Always aim high."