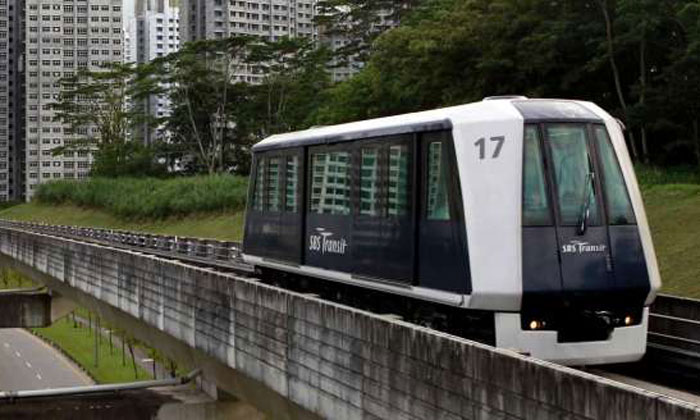 This comes just two months after hairline cracks were reportedly found on new MRT trains manufactured by the China Southern Railway (CSR) Qingdao Sifang Locomotive and Rolling Stock Company. In July, it was also reported that cracks were found on the underframe of 19 US-made Bombardier trains on the Bukit Panjang LRT.

The cracks on the LRT trains were found during SBS Transit's fleet-wide inspection in July this year. According to LTA, these trains have been in use since the Sengkang-Punggol LRT started in 2003.

The hairline cracks were found on the bogie frames, which are on the undercarriage and support the guidance system of the light rail vehicles, but do not compromise their ability to bear weight.

An independent assessor, TUV Rheinland, has established that the defects are not safety critical.

However, as a precautionary measure, these 11 trains were withdrawn from passenger service and scheduled to have their bogie frames replaced.

Six vehicles have since been restored and returned to service. The remaining five are expected to be reinstated by mid-October.

The authority added that LRT services have not been affected by the discovery as there are 57 light rail vehicles in the Sengkang-Punggol LRT fleet, and a maximum of 36 trains are deployed at any one time.

SBS Transit has also been inspecting all its light rail vehicles on a weekly basis.

A sample of the affected bogie frames have been sent to manufacturer Mitsubishi Heavy Industry (MHI)'s R&D Centre in Japan for a detailed analysis.

LTA also said that it would be working with SBS Transit and MHI to redesign, strengthen and replace the bogie frame structures on all 57 LRVs.

MHI will bear the replacement costs.