Guys block car on CTE, and one even rushes over to challenge driver to a fight 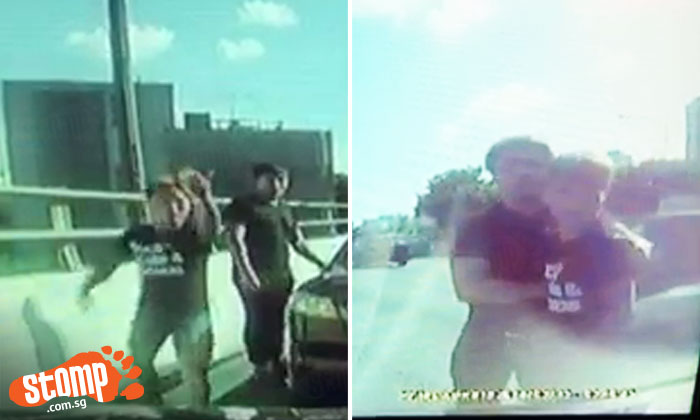 Stomper Kevin was drivng along the Central Expressway (CTE) when the drivers of two cars confronted him in an incident of road rage.

"I was travelling on the CTE on July 5, sending my mum to the hospital as she needed medication when this happened."

Kevin shared a video of the incident and that showed a car constantly braking in front of him.

In order to avoid a collision, Kevin changed lanes and gestured to the driver to ask why he was braking.

The driver of the car then quickly changed lanes in front of the Stomper, forcing him to stop.

The driver then came out of the car and asked Kevin what his problem was.

Kevin stayed in the car.

Another driver in a white car also came out of his car and even hit the bonnet of the Stomper's car asking him to exit his vehicle.

"I reported the incident to the police.

"I think that these guys were just finding trouble.

"I will just let the police handle the case.

"I wanted to warn other drivers to be careful of such incidences on the road."