Group of youths attack boy: Members of the public share their thoughts 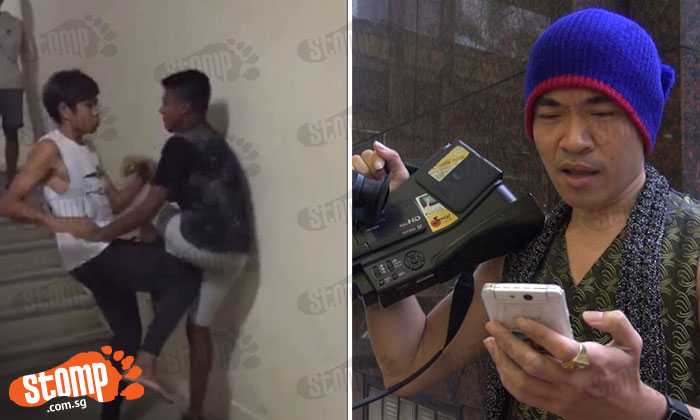 Remember the recent viral video that feature a group of youths bashing up a young boy? The Stomp team recently took to the streets to find out what the public has to say about this situation, and bullying in general.

Stomp was alerted to the video by Stompers Veera, Raez, Zianna, Kenny, Nasslina, Esther, and Helene on Thursday (Nov 10) via WhatsApp and Facebook.

The video showed a young boy being badly beaten up by a group of youths at a staircase landing.

One of the attackers later revealed the cause of the fight:

"He (victim) kept boasting he belonged to a big group. And he also said insulting things about me and my family."

Though it was not right for the victim to insult the attacker's family members, should the attackers have handled the situation using violence?

Watch the following video as the Stomp team takes the streets, where members of the public share their thoughts on the assault.