Gross! Woman finds what looks like mould on her kway teow noodles 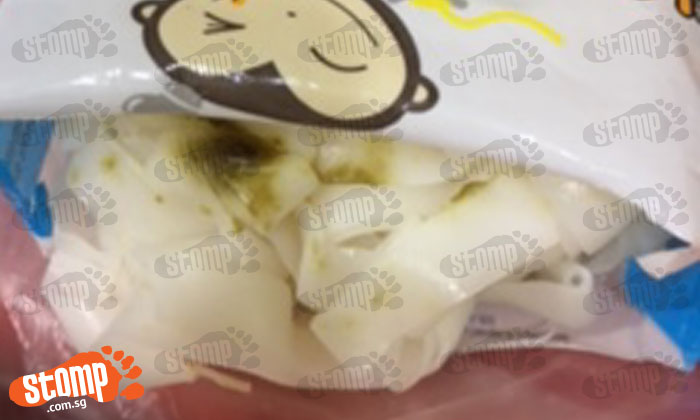 Stomper Yong was dismayed when she found black patches on the kway teow she bought on Friday evening (Nov 18).

She bought the Kang Kang brand noodles from the FairPrice Finest at The Clementi Mall on Friday to cook on Saturday morning.

"When I opened and wanted to cook, to my astonishment I saw black patches on the kway teow.

"I thought it was dirty and thought I would just remove those parts but some of the kway teow parts had already hardened.

"The package showed the expiry date is Dec 2.

"I am a regular consumer of Kang Kang and was disappointed."

According to the Stomper, she spoke to a Kang Kang spokesperson who apologised and said they would revert to her on the matter soon.

However, Mrs Yong is concerned if other packets sold at her supermarket are tainted and may affect other consumers.

"I suggested that they recall those packets just in case they are contaminated too," she said.