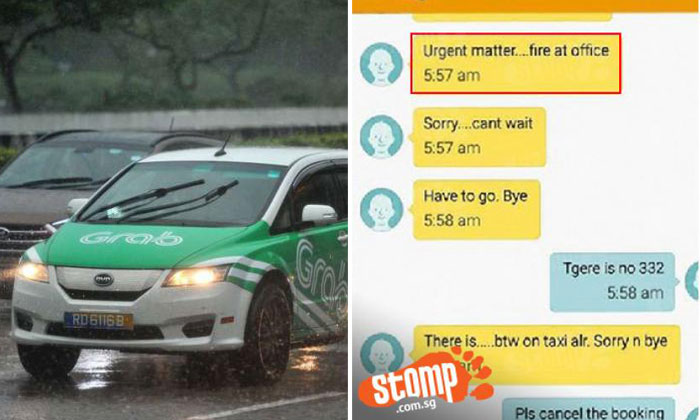 GrabCar has "permanently banned" a man who has been harassing Grab drivers since November last year.

Stomp reported the man's shenanigans where he would make fake bookings and bring drivers on a wild goose chase.

He would make bookings to remote locations like Pulau Ubin and Tuas.

Once the driver arrives, he would send them in circles to different blocks before making excuses like his 'office got fire' and that he could not wait any longer.

By forcing drivers to cancel the booking, it affects their cancellations rate and reduce the the incentive payment they receive from Grab.

According to The Straits Times, the prank caller has been identified as Mr Peter Quek and is understood to be a driver with SMRT Taxis.

"We take a very serious view on abuse of our platform. Abusers of our platform, be it a driver or passenger, will have their access to the platform revoked, and severe cases escalated to law enforcers."

GrabCar driver Eliza Shen said that he would call her 'chio bu' and post photos of her son he took from her Facebook account, even after she told him not to do so.