Geylang death: Children of deceased say he was loving, gentle and generous 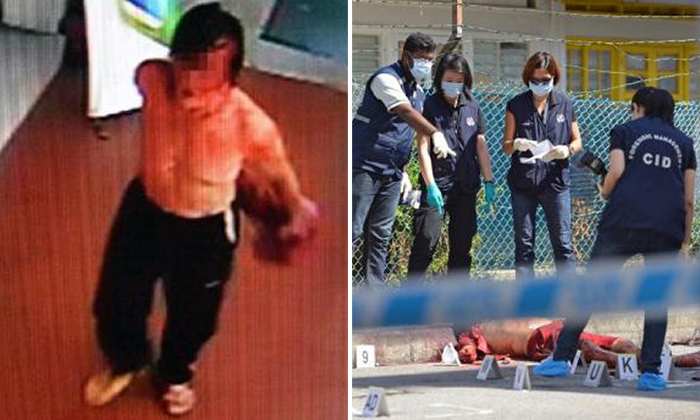 He had not lived with his family for over a decade, and for more than a year, he had lost touch with them.

Lately, he had made plans to reconnect with them. But tragically, this was not to be.

On Saturday morning, the bloodied body of Mr Goh Eng Thiam, 52, a coffee shop helper, was found on the road after a fight at Lorong 23 Geylang.

A Stomper had shared photos of the incident, showing the victim lying bloodied on the road on Saturday (July 9).

He leaves behind his ex-wife, a son and two daughters.

His elder daughter, Ms Goh Wen Xi, 30, an administrator, told The New Paper that for the past year, Mr Goh had been ashamed to meet the family as he was not financially stable.

"My uncle told us that my father was afraid we would not acknowledge him," she said.

"He wanted to earn enough money and be financially stable before reuniting with us."

She added that just days before her father's death, she had wanted to look for him.

But before she could do so, he had died.

She said: "We all still love my father, even though we were estranged. He left us too soon, before we could be properly reunited."

But he stayed close to the family and would visit his children often.

His son, Mr Joron Goh, 19, a student, said his father's last words to him more than a year ago were to look after the family.

"He told me to be nice to my mother and to take care of the family," he said. "That is my last memory of him."

Mr Goh's other daughter, Ms Goh Wen Qi, 26, a telemarketer, said her father was a brave and soft-hearted man.

She also described him as a "loving father" who doted on his children.

"Since we were young, he has always protected us, and we never had to be afraid when we were with him," she said.

"He might have seemed hot-tempered to others, but he was so gentle to me.

"Not once has he ever raised his voice or hit me and he would always do his best to give us what we want."

She said that Mr Goh's friend had once owed him money, but he ended up doing more than just writing off the debt.

"He went to the friend's home, wanting to collect the money, but saw that his friend was facing financial difficulties because of an elderly mother," she said.

"Instead of demanding the money, he gave more money to him for his ailing mother."

The younger Ms Goh was seen crying at the scene where her father's body had been found on Saturday morning.

She and her siblings had rushed there when they heard the news.

A police spokesman said they received a call on Saturday at about 8am and found the body shortly after.

Several weapons, including a long wooden stick and short knife, were found at the scene.

No one has been arrested and the police are still investigating the unnatural death.

The younger Ms Goh refuted reports that her father had been involved in the fight over a debt.

She said: "He is not the kind of person who would accept or take money from others and he would never borrow money."

She said the family was still upset that the attacker has not been arrested.

"Let us know who the man who killed my father is, show us his face," she said.

"He is a danger to the public. We hope he is caught soon and that justice will be served."