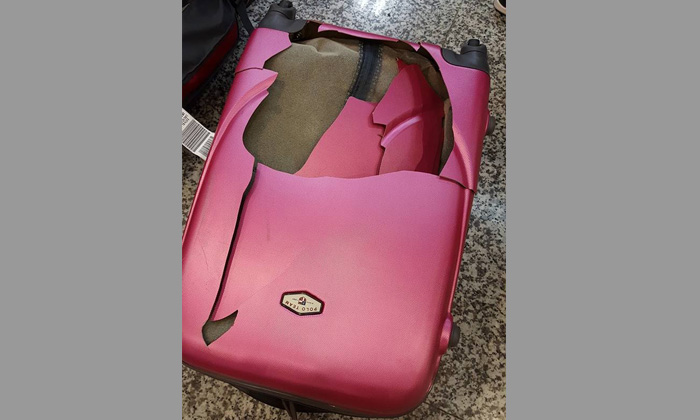 A passenger's complaint about being offered $15 in compensation after her luggage was damaged on a flight has sparked heated debate among Singaporeans.

The passenger, Xiang Ying, took to Facebook to recount the incident.

She stated that her luggage was crushed after taking a KLM flight, and was supposedly promised that it would be replaced or she would get a compensation within 24 hours.

Xiang Ying then had to bring her luggage home a week later while the incident was investigated, and ranted that it always took KLM over a week to reply to her complaints.

She also said that the conclusion of the investigation was that she would be offered $15 as 'a gesture of goodwill'.

KLM Singapore also responded to her complaint on Facebook, stating that they understood Xiang Ying's unhappiness over the incident.

But they added that because KLM's Customer Care's decision is final, KLM Singapore was unable to do anything about it.

However, KLM Singapore's response did not go down well with Xiang Ying or netizens, who slammed the company.

Xiang wanted to know how they decided on the amount to be $15, to which KLM Singapore responded by asking her to file a complaint with Customer Care.

Facebook users mocked KLM Singapore for asking Xiang Ying to file yet another complaint while the first one had yet to be resolved.

At this point, KLM Singapore responded that they were looking into the matter and they weren't just responding to 'shut you up'.

However, their choice of words only riled up netizens even further.

Following this unusual exchange, KLM has said they will get back to Xiang Ying about the incident.

Related Stories
This is what might happen to your luggage if you check them in at the airport
6,000 Malaysia Airlines jobs were cut because employees "were sleeping"
More About:
$15 for crushed luggage
airline
complaint
bad service
flight
damage