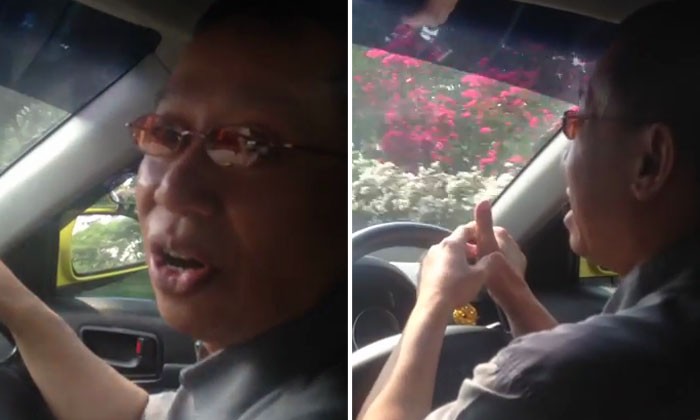 Stomper Nirav shared with us a video he took on Oct 15, 2015 at around 5pm when he was on his way to Goldbell Towers, about a taxi driver which pleasantly surprised him with his knowledge of the Hindi language.

The taxi driver introduced himself as Mr Tan and was able to hold a conversation with his passenger for over two minutes as proved by a video which was uploaded on to Youtube by Nirav.

Nirav read an article on Stomp regarding a taxi driver with a talent for opera singing and remembered Mr Tan's talent.

According to the Stomper, Mr Tan only learnt the Hindi language from his passengers and had no proper training.

Nirav said, "I was surprised to hear someone speak Hindi so fluently because most people who have not learnt the language from young only know a few phrases.

"However, this taxi driver knew what to say to hold a conversation and was also very friendly."

In the video, Mr. Tan asked if Nirav was married and about his kids.

He informed Nirav that he has lived in Singapore for 12 years and wished that Nirav's time here will pass pleasantly.

However, he confessed he does not watch Hindi films often.

Nevertheless, he tried to tune in the radio to find a Hindi song for Nirav.

Related Stories
See how this talented super worker wipes tables like a boss
Magic performed by man in smoking room will make you doubt your eyes
Every day he's shufflin': This dude will charm you with his insane card tricks
Hindi language
taxi drivers
cab
passenger