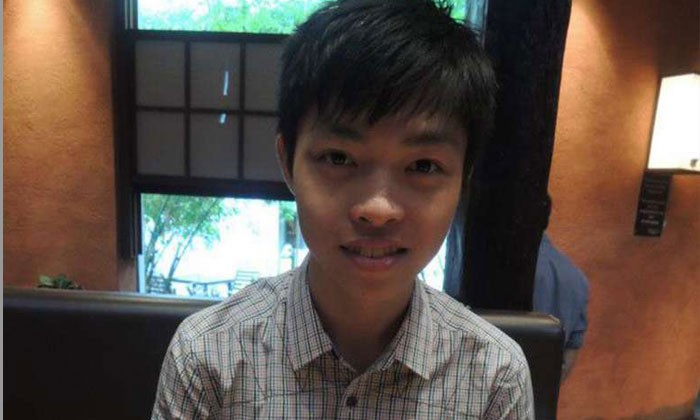 Less than a year before his tragic accident, Nanyang Technological University (NTU) student Justin Tan told his family that he wished for his organs to be donated upon his death.

His family made sure his wish was carried out after Justin died in a freak accident in Slovakia on November 25. His organs have been donated to four patients in the country.

"Although Justin's body has been cremated, we know that a part of him continues to live in the bodies of four other people. We hope that Justin's gift to them will inspire them to live fully and with the same positive spirit that our precious son has always had," his family said in an NTU statement on Tuesday (Dec 6).

Justin, 23, was driving alone in the midst of a storm in neighbouring Slovakia, on the way to a ski resort when a falling tree hit his car.

The third-year mechanical engineering student, who was on an exchange programme in the Czech Republic, was found unconscious by a rescue crew. He never regained consciousness. His parents and younger brother, Malcolm, flew to Slovakia on Nov 23.

Justin died two days later. Soon after the doctors certified him brain-dead, his parents agreed to donate his heart, liver and two kidneys to four patients in Slovakia.

"Less than a year before the incident, he told me and Malcolm that he would definitely without fail donate his organs upon his passing," said his father, Mr Mitchel Tan.

He added: "At that point of time in Slovakia, I was thinking to myself, if I wanted to donate Justin's organs in Singapore, it would be a challenge to transfer the organs back home with all the emergency equipment and the long travel time. So I thought, I will do it in Slovakia instead, since the Slovakian doctors can do the transplants immediately. I'm sure and I believe that Justin had been here for a reason."

Eighteen of his classmates, who were also on exchange in the Czech Republic, made a 400km train journey to see Justin for the last time in the hospital in Slovakia.

Said fellow NTU mechanical engineering student Tan Choon Yong: "Despite the distance, the group of us felt it was necessary to send off Justin on his final journey."

"I believe Justin lived his life to the fullest and had zero regrets. Justin may be gone, but he will never be forgotten. Somewhere in Slovakia, his heart is still beating," he said.

The School of Mechanical and Aerospace Engineering is planning a special memorial service in January for Mr Tan's schoolmates and professors to pay tribute to him.

NTU will continue to offer counselling care to his family and schoolmates to help them cope with their loss.

Said Mr Tan: "Despite the current sadness, I'm heartened that we did everything we could to make his final days as comfortable as possible."

"I am proud of what Justin had achieved in life, and I am heartened to be able to fulfil his last wish. He will be missed by so many, he has touched many lives in a short time."