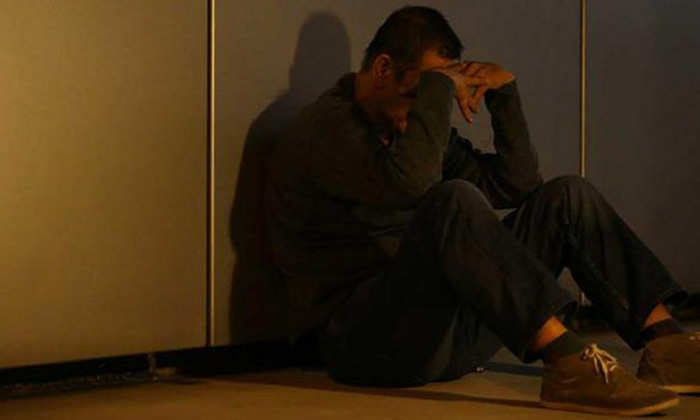 After living in Ang Mo Kio for over a decade, tissue seller Seah See Seng suddenly found himself shunned by neighbours.

After recent news of his previous tuberculosis (TB) condition in 2014 spread, residents of Block 203, Ang Mo Kio Avenue 3, started avoiding him like the plague.

"My neighbours would look at me differently and even distance themselves when talking to me," said Mr Seah, 62, who uses a wheelchair and sells packets of tissues in the area.

Fears have been growing after news reports that six individuals living in Block 203 had been detected with multidrug-resistant tuberculosis (MDR TB).

Mr Seah said: "They were worried about contracting the disease."

His income has also taken a huge blow.

"Regulars would avoid approaching me and would even make a detour so they wouldn't encounter me," said Mr Seah in Mandarin.

As selling tissues is Mr Seah's livelihood, times have been hard for the divorcée, who has a son.

Before his neighbours found out about his condition, he would earn $10 on a good day.

Now, there are days when he earns only $1 after two hours at one spot.

"How many hours do I have to work in order to earn enough for my survival?" said Mr Seah.

Despite his struggles, he holds his head high.

"I hate depending on people for help. I don't even feel at ease asking my own son to help me," said Mr Seah.

Mr Seah's strength and pride were key in completing this TB treatment.

He underwent a year of intensive treatment that included daily doses of medication and weekly appointments at Tan Tock Seng Hospital.

This form of long-term treatment, also known as Directly Observed Therapy (DOT), has become the standard to treat TB patients.

Treatment lasts from six to nine months and requires patients to visit the nearest polyclinic daily or three times a week.

The patients are then supervised by nurses to ensure that they take their medication.

Recently, a study was conducted by SingHealth Polyclinics about the impact of DOT on its patients.

Many patients fear the stigma associated with receiving treatment for TB - a third of them reported being afraid of letting others know of their treatment.

Throughout his treatment, Mr Seah was heavily burdened with transport costs spent on going to his appointments, especially since he is in a wheelchair.

"Although it is hard, people should not give up and default on treatment," he said.

Initially, Mr Seah was reluctant to share his experience out of fear of receiving bad publicity.

But he finally opened up to The New Paper and shared his experience in fighting the stigma associated with contracting TB.

Mr Seah now finds solace every morning at the void deck of Block 203.

For a few hours, he spends time with a handful of neighbours who see past his previous medical condition.

She is a senior consultant in the Tuberculosis Control Unit (TBCU) at Tan Tock Seng Hospital.

"There should be no cause for concern for people being in contact with patients undergoing DOT (Directly Observed Therapy)," said Dr Chee.

"If the patients take their medication consistently, they will stop being contagious after two weeks."

Employers should also be actively involved in their employees' treatment for TB.

"It is in everyone's interests for patients to receive the much-needed support and complete their course of treatment," she said.