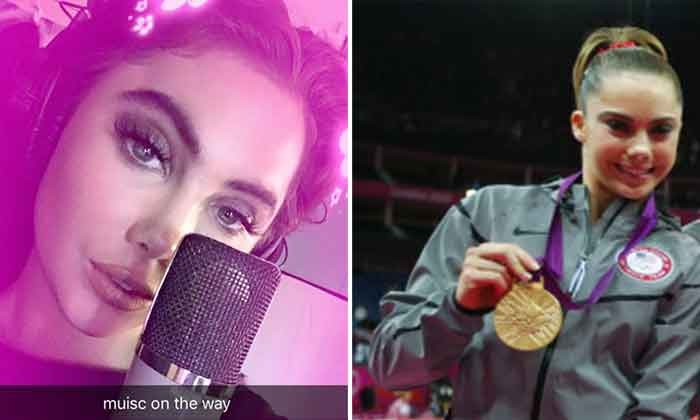 McKayla Maroney was part of the “Fierce Five” from the 2012 London Olympics.

In fact, she left London with two medals, one of them being gold.

It has been four years since the London Olympics.

According to 22 words, she's started a music career with a style she describes as "vulnerable pop because it’s all melody and lyrically driven and heart driven."

With Taylor Swift as one of her musical inspirations, the 20-year-old retired gymnast is now aiming to be a pop icon after confessing she went through a bit of an identity crisis.

She said,"I would go and meet people and they’d tell me, ‘You’re the gymnast,’

“Now that I’m no longer a competing gymnast, it throws people off and that would throw me off.

"I don’t want to let people down.”

She has also enjoyed experimenting with makeup and style, but that’s come with criticism on social media — many have questioned whether she's done something to her face or gotten lip injections.

According to her, it's a definite no.

She added that the only way to deal with the negative Instagram comments is simply to not read them and to stay confident, but it can be tough even for a gold medalist.

A lot can happen in four years.