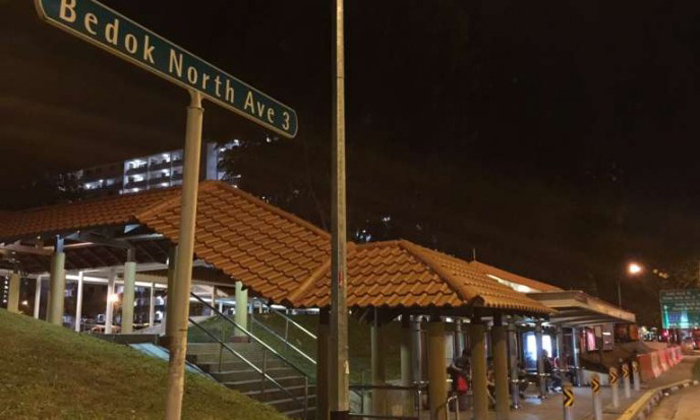 A pregnant woman is among another 24 cases of Zika infections confirmed as of noon on Wednesday (Aug 31).

The pregnant patient lives in the Aljunied area. A member of her household had earlier been diagnosed with Zika.

Doctors are following up closely with her and are monitoring the development of the baby, the Ministry of Health (MOH) and National Environment Agency (NEA) said in a briefing on Wednesday night.

It is unlikely that a member of the woman's household infected her or vice versa, because the symptoms emerged around the same time, health experts said at the briefing.

While 22 of the new cases are from the existing cluster at Aljunied, two have no known links to the affected areas of Sims Drive, Aljunied Crescent, Paya Lebar Way and Kallang Way.

One case lives in Joo Seng Road while another lives at Punggol Way.

There is also a new potential cluster at Bedok North Avenue 3, MOH said. The three cases there were diagnosed on Tuesday. In addition to the 24 latest cases, nine cases were detected in MOH's look-back testing of previous cases.

This brings the total number of cases identified since Saturday to 115.

MOH said it expects more cases to emerge in other areas.

"Over time, we expect Zika cases to emerge from more areas. We must work and plan on the basis that there is Zika transmission in other parts of Singapore," Health Minister Gan Kim Yong said in a statement.

Vector control remains the main approach in reducing the spread of Zika, and will be extended to other parts of Singapore.

MOH will continue to pay particular attention to pregnant women, it said.

MOH earlier advised all pregnant women who develop fever and rash, along with other signs of possible Zika infection such as red eyes or joint pain, to test for the virus.

This is regardless of whether they have been to Zika-affected areas. Those whose male partners have contracted the virus are also urged to get tested.

Testing after referral by a doctor is free at public healthcare institutions, MOH said.

The mosquito-borne disease's symptoms are generally mild in adults, but it can cause birth defects in babies whose mothers were infected during pregnancy.

A major birth defect associated with Zika is microcephaly, or an extremely small head.

Between 1 per cent and 10 per cent of pregnant women infected with Zika have babies with birth defects, including brain damage, studies have found.

Residents  of Bedok North said they would take precautions, now that a potential cluster has been detected.

Ms Ng Hui Wei, 30, who lives with her parents in Bedok North Avenue 3, said: "I am definitely worried. My sister just got married and she lives nearby in Jalan Tenaga and comes home to visit.

"I just got to know about this. I will buy repellent tomorrow. I am very shocked that Zika has spread here because we have had no problems with dengue or mosquitoes."

Teacher Joan Teoh, 42, who also lives in Bedok North Avenue 3, added: "It's not unexpected  - mosquitoes fly around. I don't think I'll use insect repellent because the symptoms sound mild, not as bad as dengue, unless you are a pregnant woman. I am more worried about dengue, it affects everyone.

"Hopefully everyone will do their part, like ensuring there is no stagnant water."

Nanyang Polytechnic student Syafiyatul Fatin Sudirman, 17,  who lives in Bedok North Street 2, said: "I am a bit scared, it's a virus after all. My grandmother has plants at home and I always ask her to clear the pot trays. I think people should all do that more.

"Maybe I should start putting on repellent when I go out too. I'll ask my family to do the same."

NEA said it will start vector control operations to control the Aedes mosquito population, as well as embark on outreach efforts, in Bedok North Avenue 3. The efforts will cover more than 6,000 premises.

Residents are urged to cooperate fully with NEA and allow its officers to inspect their premises for mosquito breeding and to spray insecticide. NEA may need to gain entry into inaccessible premises by force after serving of requisite notices, to ensure any breeding habitats are destroyed quickly.

Said Minister for the Environment and Water Resources Masagos Zulkifli: “Vector control remains the primary way to tackle the transmission of Zika.

"It is also important that everyone in the community takes immediate steps to prevent mosquito breeding in our homes by doing the five-step Mozzie Wipeout. We can also protect ourselves from mosquito bites by applying insect repellent to curb the transmission of the Zika virus in Singapore.”

So far, NEA has inspected about 5,500 premises in the cluster for mosquito breeding and conducted ground checks in the vicinity. Officers have detected and destroyed 45 breeding habitats – 26 in homes and 19 in common areas and other premises.

As of Tuesday (Aug 30), NEA has served notices on more than 500 inaccessible premises in the cluster. Owners are required to contact NEA to arrange for an inspection, failing which the agency will proceed with forced entry.

NEA has deployed more than 300 personnel each day between Saturday and Tuesday to carry out vector control operations and outreach.

On Saturday, a Malaysian woman living and working in Aljunied was identified as the first known case of a person being infected locally.

The number of cases have since spiked as more patients, some of whom had contracted Zika earlier and recovered, were tested.

The United States, South Korea, Australia and Taiwan have warned pregnant women or those trying to get pregnant to avoid travel to Singapore.

Malaysia and Indonesia have introduced thermal scanners at airports and border checkpoints.