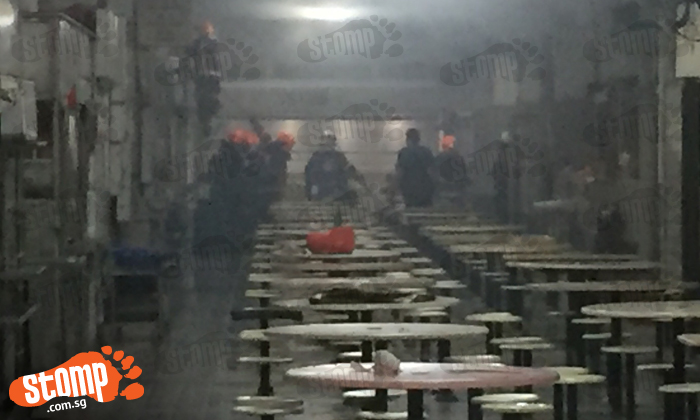 A fire broke out at Marine Parade Food Centre at the wee hours of Dec 4, at around 1am.

Stomper John was at the scene and contributed photos as well as videos showing Singapore Civil Defence Force (SCDF) personnel at the scene.

"Was there looking for a toilet at about 1am and saw a Red Rhino rush into the carpark, followed by a fire truck.

"One of the stalls was on fire and there was a lot of smoke.

"Firefighters had to cut open the shutter to put out the fire."

A spokesperson for the SCDF told Stomp:

"SCDF was alerted to a fire in a stall in a market and hawker centre at Marine Parade Central on 4 Dec at about 1.10am.

"Upon arrival, SCDF firefighters conducted forcible entry using a powe rsaw and extinguished the fire with a water hose.

"There were no reported casualties.