Fire breaks out at Jalan Besar Plaza: 40 people self-evacuated and no injuries reported 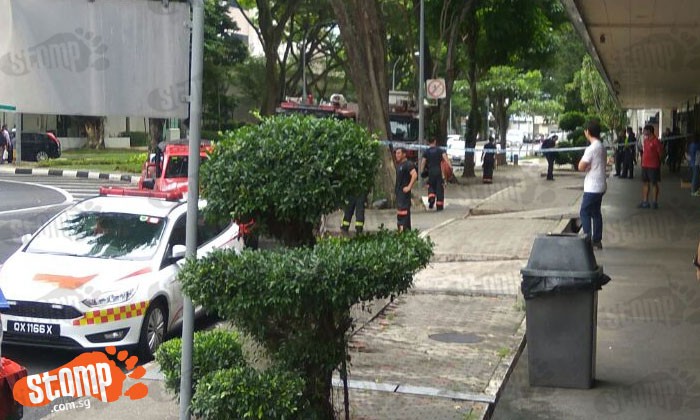 A fire broke out at Jalan Besar Plaza this morning (Dec 23) which led to 40 people self-evacuating the building.

However, no one was reported injured.

Stomper Shawkat was walking by Jalan Besar Plaza when he noticed fire engines and an area that was cordoned off.

He quickly snapped a photo of them before rushing off.

According to the Stomper, when he got there the fire was already subdued.

Singapore Civil Defence Force has confirmed that they were alerted to the fire at about 10.30am and they dispatched one fire engine, three Red Rhinos, two fire bikes and three support vehicles.