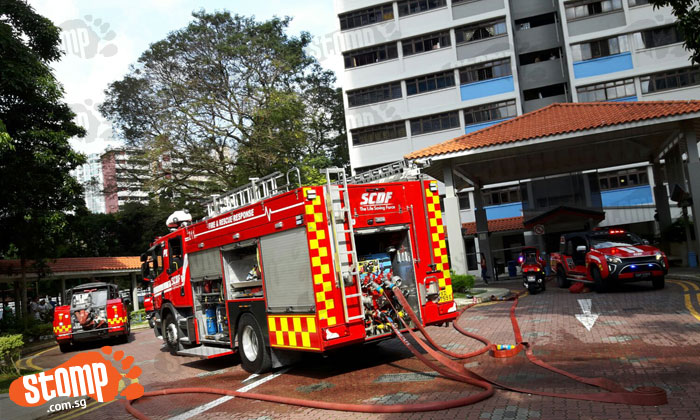 Stomper Roger was at his home when he saw black smoke coming from a unit on the 21st floor of Block 54 Geylang Bahru at 9.30am today (Jan 8).

"I called the Singapore Civil Defence Force (SCDF) hotline upon seeing the black smoke coming from the unit."

According to Roger, SCDF officers quickly arrived at the scene with three fire bikes, one red rhino and two fire engines:

"The SCDF arrived within eight minutes and extinguished the fire."

An SCDF spokesperson provide Stomp with the following statement:

"The fire involved a praying altar in the living room and was swiftly extinguished by the firefighters.

"There were no reports of injuries.

The cause of the fire is under investigation."