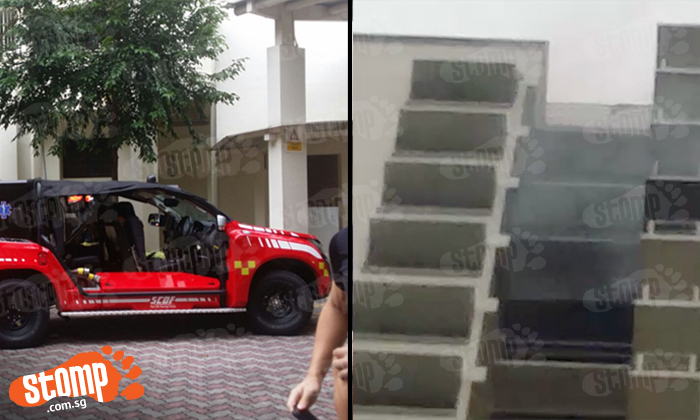 A Stomper headed downstairs to have a look after he heard the siren of the fire engine.

"But before that, I already smelled something," he said.

According to the Stomper, there were many people gathered at the bottom of the block.

The Stomper also said: "I don't think anyone was at home. I saw the firemen bang the door and they had door cutters and the lot."

"The fire was located at the unit on the 23rd storey and was confined to the balcony area."

"The fire was extinguished by SCDF using one water jet and about ten residents self-evacuated the block before SCDF arrived."