Female drug addicts get help from association to recover 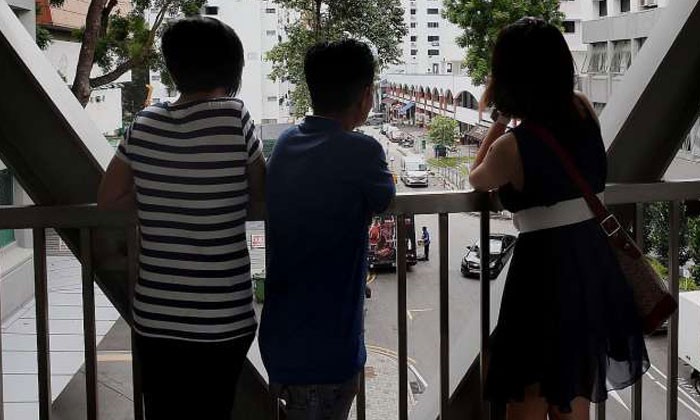 Eleven months after her second child was born, Ms Kay Lee saw little of the boy. She was in prison for taking ketamine.

Ms Lee, now 36, said her drug habit started young and, by 18, she was already hooked on designer drugs. During the three years she was in Changi Women's Prison, Ms Lee could see and bond with her newborn only through a glass pane.

"When my younger son called me 'mama' for the first time, I was so sad," said Ms Lee, who is now a property agent. "At first, I wanted to give up caring for my children. I felt distant from them in jail."

She has stayed away from drugs for nine years and works hard to be a good mother to her boys, now aged 15 and 12.

She has since told them about her past as well: "I use it to educate them to be good people."

Ms Lee, who was introduced to the Women in Recovery Association (Wira) before she was released from prison, hopes to start volunteering with it soon.

Wira was set up in 2006 to support women recovering from drug abuse. The idea came about after recovering female drug users approached a trainer running a programme in a halfway house. They flagged their concerns and the need to help other women in the community.

Ms Lee was one of 20 women who received an award from Wira last month for her efforts in staying drug-free.

The award is given to members who have not relapsed for at least two years. Some have been drug-free for 15 years. It was Wira's first time giving out these awards.

Wira president Ang Poh Wah hopes the awards will give its members confidence and encouragement.

The non-profit group has about 600 members and over 40 per cent of them are single mothers like Ms Lee.

"When female inmates are released, they are often overwhelmed by family concerns," said Ms Ang. These responsibilities may deter them from seeking help.

She said that is why Wira has befriending services and home visits for those who cannot step forward.

She plans to train members to help other women and eventually raise enough funds for a residential home with children's facilities to help single mothers reconcile with their families.

The group also provides services such as counselling, casework and help on how to hone parenting skills.

But recovering from drug addiction is still an uphill battle for these women.

Jenny (not her real name), 51, has been incarcerated eight times because of drug-related offences.

Although 18 months have passed since her last jail stint, the mother of five said she has replaced drugs with alcohol, drinking up to six bottles of beer each day.

That's the only way she knows how to fight her craving for heroin and need for anti-depressants.

She said: "I tried going to the Institute of Mental Health to deal with my alcohol addiction. I also visited a family service centre.

"I'm reducing my intake slowly, but on bad days I drink a lot. I live alone... My husband is behind bars because of drug use."

Ms Ang said women often fall into drugs because of influence from their partners or spouses.

Jenny said the support group sessions she attends at Wira allow her to air her worries and help her feel less troubled.

But recovering addicts also need family support. In fact, Ms Lee said it was crucial in helping her recover and rebuild her relationship with her sons.

While she was in prison, her ex-husband or parents would take her younger son to see her every month. As for her elder boy, she would chat with him via video calls at the Prison Link Centre.

"I feel like because I could make it, others should be able to as well," said Ms Lee.