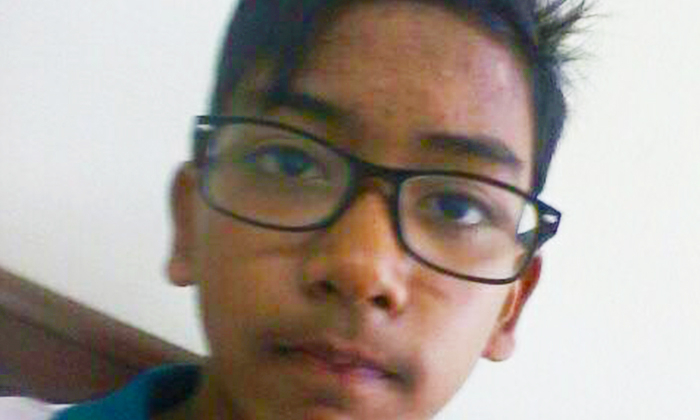 A woman is appealing for information about the whereabouts of her missing nephew, whose family last saw him near Admiralty Primary School on Sunday (Dec 4).

Julizah Buang had posted an appeal on Facebook to find 12-year-old El Zafran.

He was last seen wearing a black shirt with three-quarter pants and carrying a red bag.

According to his sister, in a phone interview with Stomp, El Zafran was not carrying a phone.

Julizah said that she had grounded the boy because of his frequent late nights out.

On the day that he went missing, he went out with his friend to Bedok and Toa Payoh.

El Zafran's sister said that this was the first time he left the house and that the family is very worried for him.

A police report has been filed.

The boy is currently studying at East Coast Primary School.

The Police has issued a statement on the missing boy in a news release:

The Police are appealing for information on the whereabouts of 12-year-old El Zafran Bin Sahir who was last seen in the vicinity of Woodlands Circle near Admiralty Primary School on 4 December 2016 at about 10.45pm.

Anyone with information is requested to call the Police Hotline at 1800-255-0000 or submit information online at www.police.gov.sg/iwitness. All information will be kept strictly confidential.

Related Stories
Stomp helps woman reunite with lost African Grey parrot
$30 reward offered for wallet lost on journey from Rivervale St to Hougang Ave 5: It contains cash and cards
Is this your purse? Stomper who found it at Pasir Ris St 53 wishes to return it to you
Please help! I lost my engagement ring and its box at Yishun Street 11
missing
missing boy