Excuse me, being burly does not mean you can just cut the ATM queue 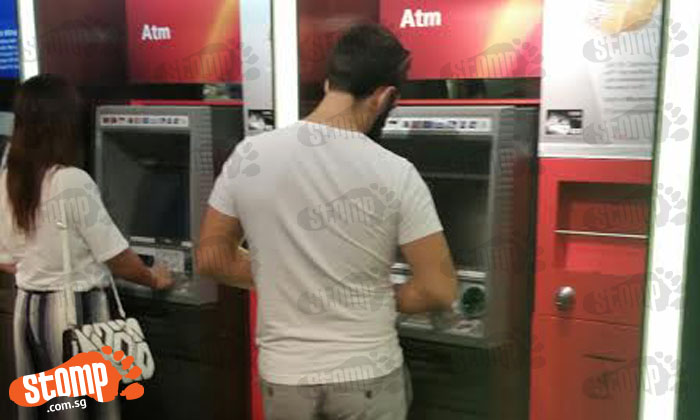 Stomper Pan was shocked when a man cut the ATM queue at the TANGS store in Orchard Road last Sun (Oct 9), at 2.30pm

The Stomper explained that there were two queues for the two ATM machines, and he was in the queue on the right.

There was one person using the machine ahead of him, meaning Pan's turn would have come next.

However, just before he could proceed to the machine, another man cut into the queue out of nowhere.

"He was in neither of the queues for the two machines," said Pan.

"And even if he was in one queue, it does not make sense for him to simply cut into the other."

The Stomper said he tried to question the man, but was simply ignored.

"He was quite burly, so I did not argue with him further.

"But when I looked at his partner, she looked away in embarrassment.

Pan then noticed that the man and his female companion were strolling around the mall.

"If he was rushing to pay for something or needed money urgently, maybe we can turn a blind eye to him cutting the queue.

"But he is just slowly shopping.

"His behaviour was really strange. There was no reason for him to do this.

"He appeared to be a tourist. If I were to do this overseas, it would not be right either.

"So people should respect our laws and appreciate the civility of people within our country."