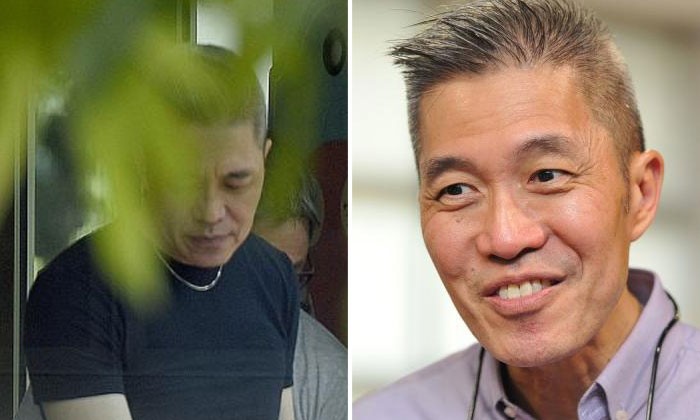 The incident which led to the sacking of former National Kidney Foundation (NKF) chief executive officer Edmund Kwok was an abuse of power, a source close to the case has said.

An act of a sexual nature allegedly took place on Nov 7.

It was the first time such an encounter had happened between both men, sources said.

It took the employee one day to inform his supervisor in NKF.

The colleague later told his supervisor that he felt he could not say no to Mr Kwok, and that he felt powerless to stop the act, said two well-placed sources. "It was a clear abuse of power," said one of them.

The younger man involved in the incident also said he did not want to escalate the matter, such as by making a police report, according to sources. He is still working for the NKF, which decided to lodge a police report.

It did so after questioning Mr Kwok. The NKF, during a press conference on Wednesday, said Mr Kwok had admitted, on two separate occasions, that the alleged incident took place.

The first was last Friday, when he was questioned by NKF chairman Koh Poh Tiong. During a disciplinary hearing on Sunday, he again said that it happened.

The organisation's lawyers advised Mr Koh that what took place was a "reportable offence".

On Monday, Mr Kwok was sacked by the NKF for the "personal indiscretion". On Tuesday, the charity made a police report.

Police investigations would have kicked in, based on the report made by the NKF, said criminal lawyer Amolat Singh .

The next step is to get a statement from the alleged victim.

The Straits Times understands from various sources that the employee who complained has yet to give a police statement.

Another criminal lawyer, Mr Shashi Nathan, said that the police would need to gather sufficient information at this stage to determine if a crime has been committed, including taking statements from the accused and other witnesses.

This will allow the authorities to determine what to charge the accused with and if the person can be arrested.

Said Mr Singh: "But if the victim is ultimately unwilling to provide his statement or testify in court, then there would be no case."

"Sometimes when victims have to report the matter to a higher authority, they would be revisiting the details of their experience and this could be difficult emotionally and psychologically."

She added that some may fear the possibility of their identities, and those of their family members and friends, being exposed and open to public scrutiny.

"Also, depending on the age and the profile of the victim, the experience of speaking up to people whom they don't know personally, such as the police, can be a trauma in itself," she said.

Mr Kwok is married with two children who are in their mid-20s.

The Straits Times understands that his family have "forgiven him".

They are also getting support from Zion Serangoon Bible Presbyterian Church where Mr Kwok is a church elder.

He was glimpsed for the first time since the shock news broke on Wednesday, when he left his terraced house in Hougang yesterday afternoon alone in a car.

Neighbours expressed surprise at what happened.