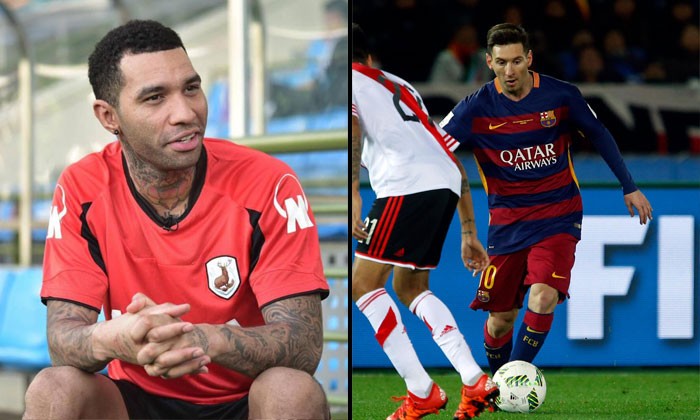 Tampines Rovers player Jermaine Pennant, who will leave Singapore next week after failing to agree to new terms, gave a withering assessment of the S-League.

In an exclusive interview with The Straits Times, Pennant, 33, said that without proper investment, the current state of affairs - poor attendances, lack of public interest, limited sponsorships - will not change, even if Barcelona star Lionel Messi signed for an S-League club.

Asked if he had done enough to revive the S-League, the former Arsenal and Liverpool winger said after training at the Jalan Besar Stadium on Thursday night (Oct 27): "All I can do is go out there and play my best and hopefully create a buzz. But it needs more than that, you can't just expect me to come here and change everything.

"No matter who you get, you could bring Messi here, yes, you'd attract fans but without money, and the government and the league helping out out like they do with other sports, or what they do in other countries, it's not going to grow."

Local and foreign media tracked his transfer closely, and he was even featured in British newspaper The Times after settling in Singapore.

But, while crowd figures went up after a third of the S-League season, the hype eventually dissipated. Plans to bring back the Marquee Player Scheme, which provides subsidies for clubs to sign high-profile players, were scrapped.

Tampines also ran into cash-flow problems after a sponsor pulled out. Tampines chairman Krishna Ramachandra also decided to stop operating jackpot machines, calling it a "social ill", and are undergoing cost-cutting measures to balance the books next season.

However, Pennant refused to say his time here was a failure. The Stags, who finished second in the league, have so far not won any silverware. But that could change on Saturday (Oct 29), when they play Albirex Niigata in the RHB Singapore Cup final.

He said: "I don't think it's a failure. I've enjoyed my time here. It's a bit disappointing what's happened to the club. When I signed everything looked good. But I definitely didn't regret it.

"If we'd won the league it'd probably be a bit better but hopefully we can end on good note and win on Saturday."