Eh bro, please put on your shoes and socks -- this is a cinema, not your house 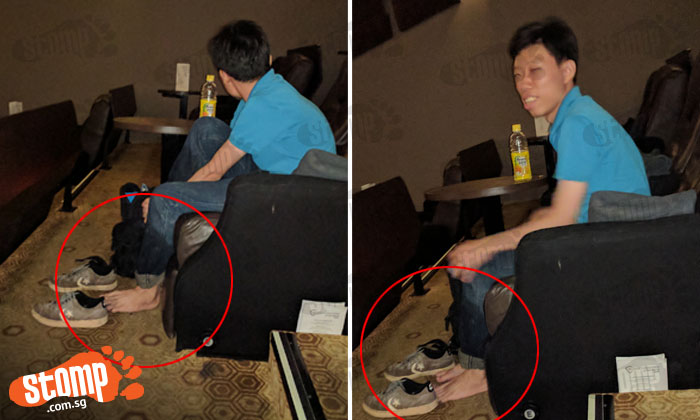 Imagine watching the latest Star Wars movie at the cinema, and turning your head to find someone's bare feet on top of your seat!?

Sounds nasty? Well this is what happened to Stomper John -- somewhat.

John was enjoying Star Wars' Rogue One at Nex's Shaw Premiere at around 6pm on Monday (Dec 19) when the guy next to him decided to remove his shoes and socks -- and put his bare feet up on the seat infront of him.

Imagine if there was someone actually sitting on that seat...thankfully there was no one.

"I felt really disgusted and felt that no one should be experiencing such issues in a public cinema.

"This is basic manners that everyone should practice when watching a movie outside.

"I confronted the guy but he insisted that he had the rights to do so as he 'paid for the ticket'."

Annoyed by his guts, John then proceeded to the staff to inform them of the issue.

"The staff issued him a final warning to wear the socks and shoes back or get out.

"It was only then he put them back on.