Eew level 1,000: Woman gets shock of her life after finding creepy crawlies in milk tin 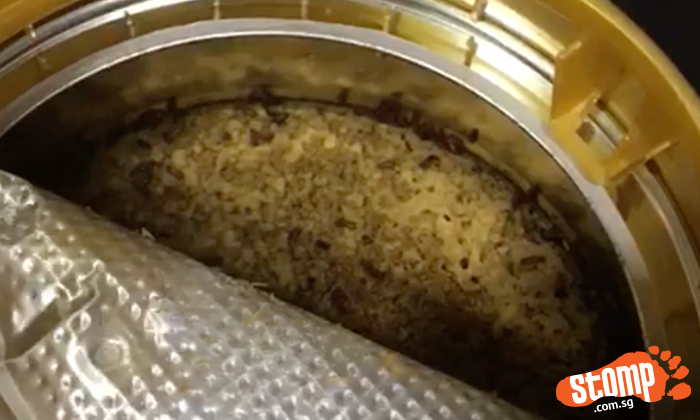 Upon opening the tin on Sunday (Oct 30), she got a shock of her life.

The inside of the tin were infested with insects.

She immediately closed the tin and kept it.

When her husband who was overseas at the time, returned on Tuesday (Nov 1), the duo reopened the tin and took a video of the hair-raising contents as evidence.

In the video, there were more than 20 insects crawling on the surface of the milk powder.

Perline's husband submitted a complaint to Friso Singapore, which promptly sent down its staff to investigate and compensated her with a new tin of milk powder on Wednesday (Nov 2).

The staff also pointed out that there was a dent at the bottom of the tin, which may have allowed air to flow in, and allowed the insects to start breeding inside.

The contaminated tin was submitted to the Agri-Food & Veterinary Authority of Singapore (AVA) on Monday (Nov 7).

Friso Singapore has since acknowledged the incident and addressed the issue on their Facebook page, stating that the complaint is an isolated one and there have been no further cases thus far.

The dairy company's director of corporate affairs Asia, Mr Hendro Poedjono was "extremely shocked" and has sent the pictures of the defective tin back to its manufacturer in Holland, according to The New Paper.

"We will be checking our samples from the same batch.

"The safety of customers and the quality of the milk powder is our utmost priority.

"We will be assisting AVA in its investigations."