Driver tailgates Stomper and behaves aggressively despite having child on board 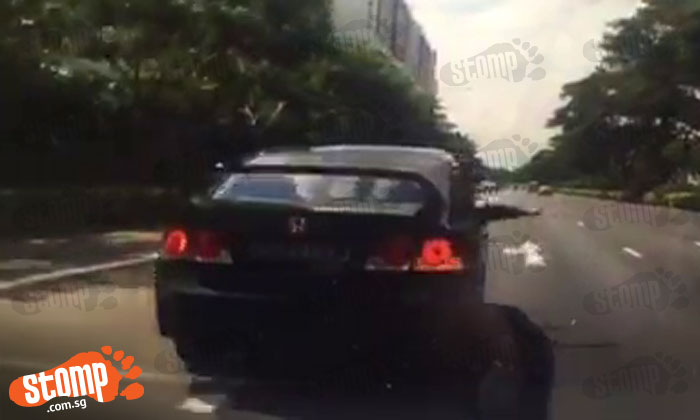 Stomper Kenneth was driving on the PIE towards Changi Airport near Toh Guan Road exit on July 24 when another driver overtook him and started braking aggressively.

According to the Stomper, the driver of a black Honda Civic had been tailgating him before that.

"I tried to slow down as I was entering the PIE from a slip road.

"After I was on the PIE, he dashed in front of me and started braking and signaling me to stop, telling me he has a kid on board.

"I immediately apologised, thinking that I had done something wrong.

"He keeps going to the left and right trying to stop my car dangerously."

The Stomper also noticed that the child in the car was not in a child's seat despite being very young.

The Stomper wanted to remind other drivers to not tailgate and to always put kids in a proper child seat as it is dangerous if they are too short and the seat belt does not properly fit them adding that this kind of aggressive behaviour could kill someone.