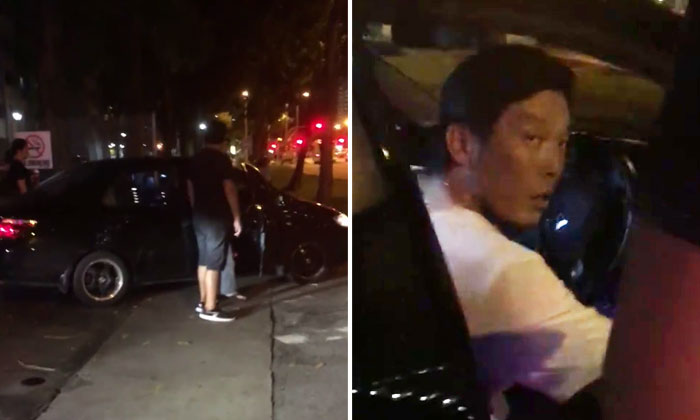 A video published by a netizen on Facebook shows a driver challenging passersby to call the Police and telling them that he has money after stopping his car on the road at the end of a pedestrian walkway.

According to a tag on the post made by Olga Osmanova, the dispute took place at the Singapore Petroleum Company kiosk along Sengkang East Way.

In the video, the driver of SGS9605M can be first seen shouting at a man clad in T-shirt and shorts.

"I got money to saman why cannot park here?

The person who recorded the video then walked to the aggressive driver.

He then responded by telling him or her:

The netizen said in a caption accompanying the video that she was verbally abused by the driver.

"Neither pedestrians, bicycles, or strollers could pass.

"The "ah beng" driver insisted his texting on his phone was more important then people who had the right of way.

"Once we called the Police, he said he 'has money' and after that drove off."

The netizen has shared the video with the Singapore Police Force via Facebook.