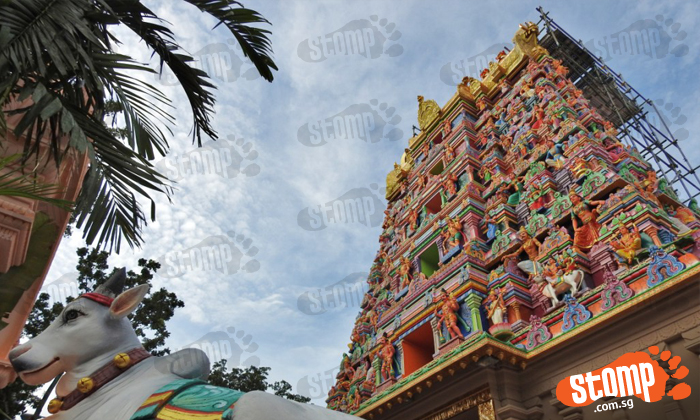 Rich in culture and history dating back to 1906, the temple held its latest consecration ceremony on Dec 4 after extensive reconstruction works.

Stomper Kannan shares some gorgeous photos of the temple's exterior which he took on Dec 3.

"The consecration ceremony also known as "Maha Kumbhabishegam" is held once every 12 years.

"Consecration like this must not be missed in our multi racial, multi cultural country, whereby the priests will mark the event by the culmination by pouring holy water over the gold pinnacles of the temple's domes.

"It was reported in the media that the temple's history dates back to 1906 when a shrine was built for Lord Shiva in Lavender Street and moved several times until a permanent site was found in Potong Pasir.

"As photography and videography is prohibited inside the temple premises, would like to share some pictures taken of the temple's exterior and facade on the morning of 3 December during the pre consecration ceremony.

"One can't miss this architectural beauty when passing by the vicinity. Readers may wish to visit the temple's official website for more information."