Don't fall for them: Here's how online love scammers in S'pore are upping their game 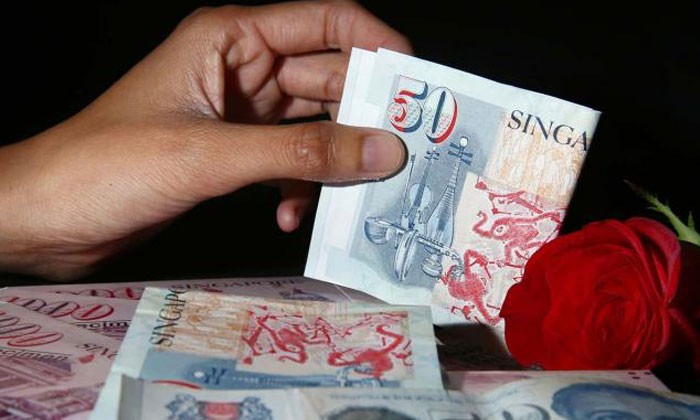 Scammers who target those looking for love online are upping their game, with more taking on a new identity by using Chinese names instead of Caucasian ones, to draw in their quarry.

After gaining the trust of their victims, many feign a death in the family or tell of a troubled business to evoke sympathy, before asking for a sum of money.

Their change in modus operandi, revealed by the police yesterday, also involves requesting the money be sent to bank accounts in China and Hong Kong, instead of Singapore or Malaysian banks.

Social media platforms and dating apps such as Tinder, OKCupid and WeChat are gaining traction among scammers, who would previously scour mainly Facebook for victims.

From January to September, there were 448 cases of such scams reported, with at least $17 million pocketed by conmen. The figure stood at 244 cases for the same period last year.

A majority of the victims this year were Chinese women aged between 30 and 59 years old.

"Many people live very busy lives nowadays and they tend to find the fastest way to look for a partner," said Mr Daniel Koh, a psychologist with Insights Mind Centre.

"They use dating apps to connect with people as they often believe the companies have some form of filter against fake accounts."

He added that the danger of such platforms is that people often share a myriad of personal information, through their profiles or postings, that scammers can use to their benefit.

"When a person is caught up in the emotional connection, their only goal is to keep the relationship going," he said.

"They feel good when they are able to help and they hope it can lead to something more."

Other types of online scams involve those impersonating government officials or stockbrokers.

From January to September, victims lost at least $21 million in 428 cases, after they were told by "Chinese officials" that they had committed criminal offences.

Some were asked to provide their Internet banking details, while others were directed to a fake website of the Singapore Police Force or the Chinese police, where they had to key in their banking details, to redress those offences.

Other con artists approach victims on social media, claiming to be stockbrokers or finan- cial executives with attractive investments.

There were 86 such cases from January to September, resulting in at least $4.4 million in losses.

Scammers would ask for the victim's personal particulars, before directing him or her to transfer money to banks in Hong Kong or China. Extra money in the form of fake administrative fees or taxes were also collected.