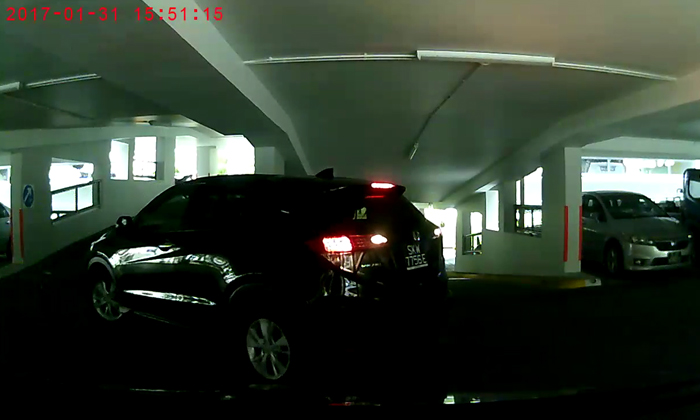 Stomper Michael alerted Stomp to a driver’s search for the culprit of a hit-and-run accident at the multi-storey carpark of Blk 233A, Toa Payoh Lor 8.

The driver, Vincent, had parked his car at Deck 1A of the multi-storey carpark.

The in-car camera captured footage of a Honda, with licence plate SKW7756E, attempting to park in the lot next to Vincent’s car.

The Honda hits Vincent’s car as it is reversing into the lot. The video noticeably jolts when it is hit, and a loud scraping sound can be heard.

However, the driver of the Honda does not leave down any particulars or contact details, and instead drives out of the carpark a while later.

According to the Stomper, the incident took place on Feb 1. Vincent has also made a police report.

Kindly contact Stomp at stomp@stomp.com.sg or WhatsApp 9384 3761 if you have any information about the incident.

The Honda hits Vincent's car around the 1 min 53 s mark.