Director of film that topped Stomper’s Choice Award thanks voters 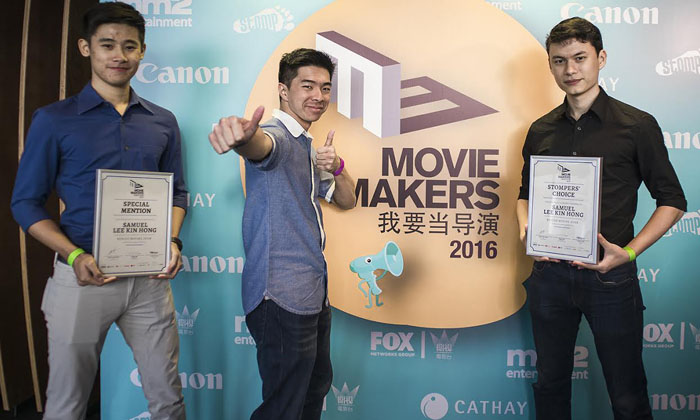 The director of the short film that topped the recent Stomper's Choice Award thanked all the voters who participated.

Samuel Lee Kin Hong, the director of Rescue Before Dusk, had this heartfelt message for Stompers who voted for his action-packed short film.

The short-film was an entry to MM2 Movie Maker Awards 2016, and was pit against nine other short films for the top three prizes.

It tells the tale of a young businessman with a hidden past tries to rescue his fiancé by battling a group of thugs.

Kee Swee San's Take Me Away, a short film about an ex-convict who struggles with life after being released from prison, clinched the top prize of the contest.

Fools by Loh Tai Tse Nicky, a 10 minute take about a convenience store clerk who decides to give up on love the day before his girlfriend flies away until a random customer changes his mind, came in second.

The short film showed viewers the story of the protagonist, Sofia, whose life takes a turn just as she thought things were getting better.

Koh Chong Wu's Please Give Me A Chance, a film about a struggling actor who is given a chance to star in a movie, only to find out that the script is cursed, also won a Special Mention award.