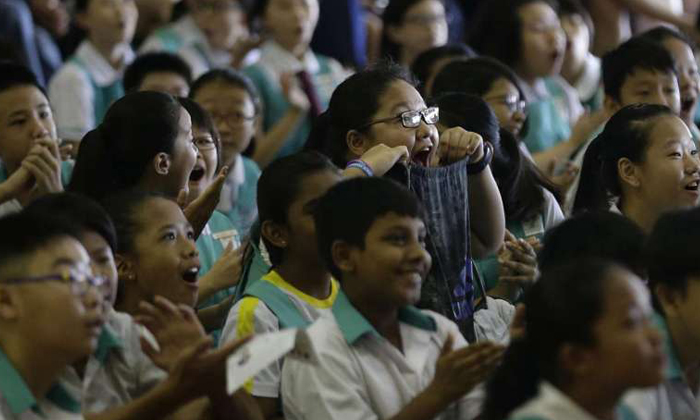 The minimum entry requirement for most popular secondary schools dropped slightly this year.

This is despite the cohort's record performance at the Primary School Leaving Examination (PSLE) this year, with 98.4 per cent doing well enough to progress to secondary school - a new record since the national exam was introduced in 1960.

One reason for this dip could be the smaller cohort size. A total of 38,808 pupils sat the PSLE this year, down from 39,286 last year.

Schools with the highest cut-off points based on the PSLE T-score include Nanyang Girls' High School, which had a minimum score of 264 points, the same as last year's. The score is aggregated from four subjects at the exams.

The score for entry to Methodist Girls' School's Integrated Programme dropped from 261 last year to 259 this year, while that for Dunman High School went down from 258 to 257.

The cut-off scores for CHIJ St Nicholas Girls' School's Integrated Programme and O-level track this year were 257 and 253 respectively, compared to last year's 258 and 253.

Before this, schools with vacancies after the Secondary 1 posting exercise could accept students with lower scores who appeal.

Those applying for school transfers should first report to their posted secondary schools, and submit an application form to the schools that they wish to appeal to by 12 noon on Thursday.

The results of the appeals will only be made known to applicants in early January next year.