Dead bird in cage at Ang Mo Kio believed to have been disposed illegally by resident: Town Council 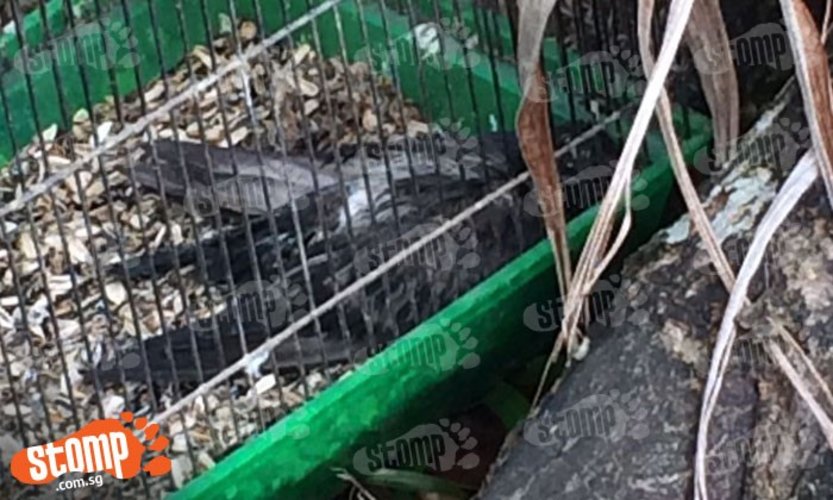 Ang Mo Kio Town Council has responded to an incident whereby a bird was found dead in its cage at Ang Mo Kio Block 608.

In an earlier report dated Sep 26, Stomper Faith had recounted how the carcass still had its eyes wide open.

"We refer to the Stomp article posted on 26 September 2016, titled 'Dead bird found in cage at Ang Mo Kio block -- with its eyes still wide open'.

"We thank Stomper Faith for her feedback.

"Our conservancy worker has disposed both the dead bird and cage left beside the tree of Block 608 Ang Mo Kio Avenue 5 on the day we received the feedback.

"We believe that the dead bird within the cage was disposed illegally by some irresponsible resident. As such, we would like to take this opportunity to advise residents not to dump anything illegally, as such actions may cause inconveniences and/or hygiene issue to other residents.

"For further enquiry or feedback, you may wish to contact us directly via email at feedback@amktc.org.sg or call us at 6453 0511."

Related Stories
AVA responds to dog found dead at foot of Block 480A Segar Rd: No evidence that it was thrown from height
Yet another dead cat found in Tampines: 3rd case in about a month
Outcry from animal rights groups after pregnant dog found dead -- with blue tongue and bruises
More About:
official response
bird
dead