Couples pay over $4,000 for wedding package -- but owners of bridal boutique allegedly close down shop and are unreachable 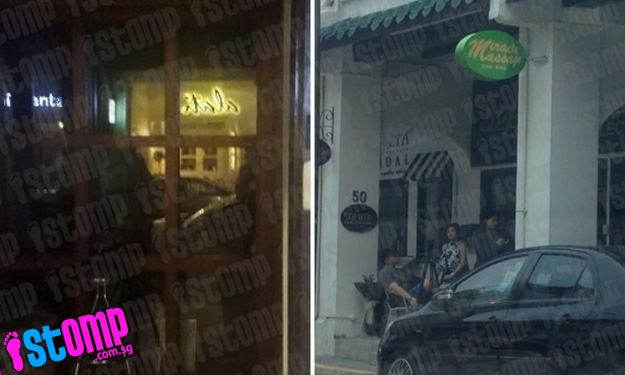 Customers were left in the lurch after a bridal boutique that provides wedding related services allegedly closed down on Saturday (Oct 10), without reimbursing its existing clients.

The wedding studio named Sophia Wedding Collection located at 50 Amoy Street is now vacant and many of the customers are having hard time getting in touch with the owner, according to a blog post.

Stomper Eileen and Desmond both wrote in about the shock they got when they found out about the closure of the boutique.

Stomper Eileen mentioned that her sister who is getting married next week had spent nearly $4,000 on a bridal package but has only gotten her wedding album from the deal.

She added that her sister tried calling the company and emailing them but she did not get a response. What's more she found out about the boutiques's closure from one her friends.

Stomper Eileen sister's then went down to the boutique to check it out but no one was there.

"My sister said that she called one of the makeup artist who told her that she herself had not been paid in months."

Desmond shared a similar encounter, the groom to be is getting married next October and has already made a down payment of $2,500 for his $4,399 wedding package.

But he said that he has not received any of the services from the package which includes a pre-wedding photo shoot, table tops, bridal wear, food and more as he only signed up for it on Sep 12.

"We have made a police report and also filed our report to CASE. I've also left a message on their Facebook page, and there were a lot of other couples leaving messages there but they did not get a reply as well.

"Now I'm looking for a way to resolve this issue, we'll probably find another wedding studio but I just wanted to raise awareness about the issue," Desmond said.

Likewise, Eileen told Stomp that it's not about the money but that it's very irresponsible for the company to vanish without a trace.

"Now the couples are worried and unhappy, it's not fair to the couples who are getting married."