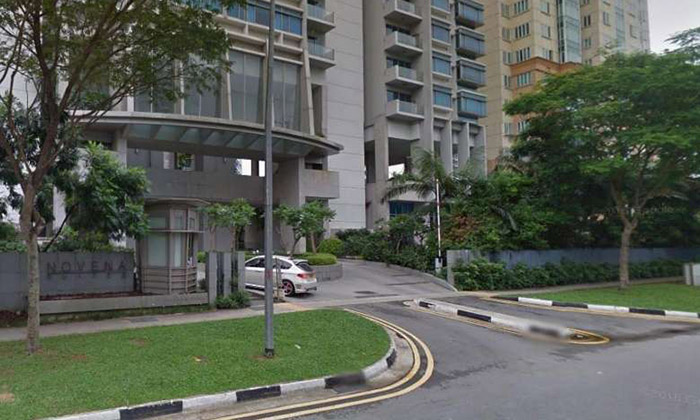 A 46-year-old man was found motionless at the foot of a block in Novena Suites on Moulmein Road around 6.55pm on Saturday (Oct 22).

In a residential unit of the same block, a 44-year-old woman, believed to be his wife who had been separated from him for two years, was found motionless in a bedroom on the 13th floor.

The woman was identified as Ms Ng Soo San, and the man, Mr Wang Chan Foo.

It is believed that Ms Ng's body was discovered a few hours after Mr Wang was found at the foot of the residential block.

Both were pronounced dead at the scene.

The Singapore Civil Defence Force (SCDF) said Mr Wang had been standing on a balcony's parapet when it responded to the incident.

Several calls for assistance had been made before 7pm.

He fell when SCDF was deploying an inflatable life pack.

Officers subsequently entered the unit at the request of the police and found Ms Ng lying in the house.

The Straits Times understands that she had sustained a few stab wounds in her torso and that there was blood found at the scene.

Police said it is investigating the case as unnatural death.

No one was arrested.

It is understood that the couple had two children, aged seven and 13, who were in the area.

The Samaritans of Singapore group was contacted.

Mr Wang is believed to be a resident of the Novena apartment, although their matrimonial home was said to have been in Toa Payoh.