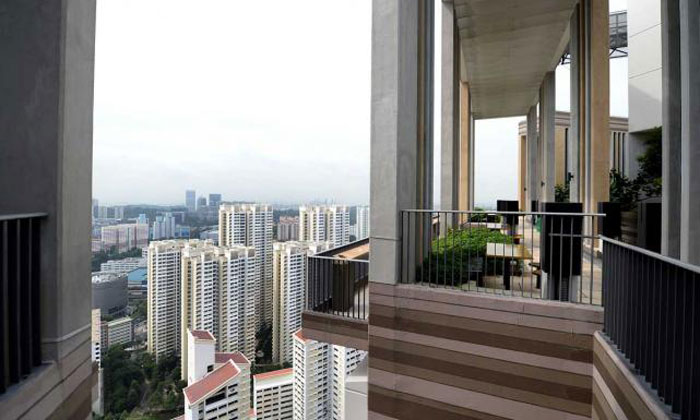 Several flat owners have claimed that they paid thousands of dollars for their new homes to be renovated, only to have the contractor go missing before the works were done.

But the contractor in question has come out to say that he intends to honour the contracts, and insists he is not a cheat.

About 10 people who bought flats in the Greenforest estate in Tampines Avenue 8 and Vine Grove estate in Yishun Avenue 4 have filed police reports, Shin Min Daily News reported on Tuesday.

Some 15 home owners, who paid more than $170,000 in total for renovations, have formed a Whatsapp group.

They shared similar stories: Mr John Yong of B Z Interior had approached them when they were collecting the keys to their newly completed Build-To-Order flats.

To convince them to hire him, he invited them to view a flat in the same estate that he had renovated.

But after the home owners paid him the bulk of the costs - in some cases, the full payment - he did not pick up their calls, or, if he did, he often gave excuses as to why he could not complete the works.

A number of them said Mr Yong borrowed money from them.

Financial consultant Kwok Ming Hui, 28, told The Straits Times that she and her husband paid B Z Interior $36,000 - the full amount - for renovations for her Tampines home that should have been completed in October.

She said only 70 per cent of the renovation has been done. Among other issues, her kitchen cabinets lack a top, her wardrobe does not have hanger rods installed, and some plumbing and electrical works have not been done.

The couple made an initial payment of $10,000, but gradually forked out more money as Mr Yong claimed he had cash-flow problems and could not buy the materials that he needed, said Ms Kwok.

"We thought it's okay, we'll pay him in advance to help him since we'll have to pay him the money in the end anyway," she said.

"But after that, nothing was done. He would pick up our calls only once in a while, say he will call us back, but did not."

The couple have hired another contractor to complete the renovations.

While his cabinet base, washing machine base and cornices have been put up, his ceiling lights and built-in cabinets have not been installed.

He has been unable to contact Mr Yong for the past two weeks, and has made a police report.

"I called and called, I texted him many times, until I gave up," Mr Ab Razak, a driver, said.

He explained that the works were delayed as he had cash-flow problems. "The owners of two of the homes I renovated have not paid me their instalments. As a result, I cannot pay my workers until they pay up," he said in Mandarin.

He also fobbed off allegations that he "went missing" and said he had simply gone to Thailand for a few days last month without informing his customers.

He acknowledged that he borrowed money from his customers, but said he will pay them back.

His explanation did little to appease his customers.

Said Mr Ab Razak: "That's his problem. He should let us know. If he tells us about his problems, maybe we can meet and discuss. But because of him, we cannot move into our new homes as planned."

Sector has drawn over 1,200 complaints this year

It is an industry that attracts a lot of complaints.

So far this year, consumers have filed a total of 1,268 complaints against home renovation contractors with the Consumers Association of Singapore (Case).

Last year, too, the sector ranked fourth in terms of the number of complaints made against it, trailing only the vehicle, electrical and electronics, and beauty industries.

The most common complaints pertained to unsatisfactory services. There have been cases of contractors disappearing with customers' monies.

In May, a couple lodged a police report after a renovation firm they hired, Sense Ideas Design, became uncontactable.

They had paid the firm $63,000 in advance for works which included installing kitchen and bathroom fittings.

Last year, customers of D'Concept Design made at least 11 police reports against the firm.

They also lodged at least 14 complaints with Case, mostly about multiple delays despite payments being made to the firm.

Related Stories
Beware of bogus HDB contractors targeting the elderly
Man tries to cheat SBS bus driver in accident victim scam -- just hours after being released from jail for doing the same
Man spent 2 years and $10,000 on bogus degree
Bomb scare in Ipoh turns out to be hoax
scam
building