Construction staffer takes photo of crane, only to spot man walking on ledge of block at Braddell Road 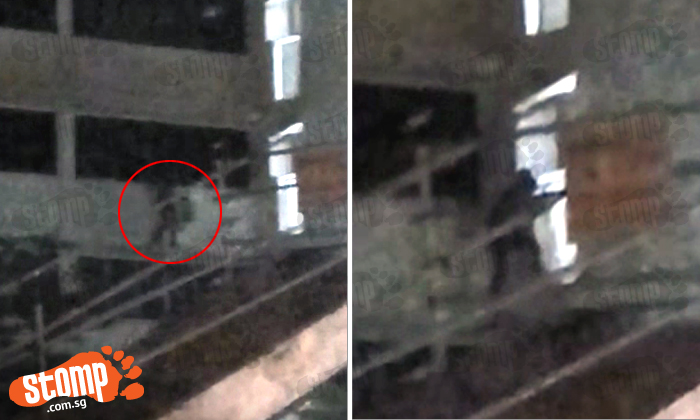 Stomper Din was taking photos of a crane at a Braddell Road Lorong 8 construction site he was working at, when he spotted a man walking on the fourth-storey ledge of Block 219.

Din was taking the photo for work requirements, but immediately took a video of the man who was on the ledge at about 3am today (Jan 13).

The video shows the man walking on the fourth-storey ledge, heading from a flat to the lift landing.

He can be seen passing an object through the rails at the lift landing.

"We were there for works on the overhead bridge when I saw this," said Din.

"The man was reaching into the flats.

"He then went to the lift landing and passed some stuff to another man who was standing there.

"I was unable to cross over investigate due to work."

Related Stories
What are they thinking? One boy hangs on 2nd-story ledge, another 2 take selfie on walkway roof
Malaysian woman robbed, molested and forced to perform oral sex on robbers
Robbers make off with gems worth over $325k in KL
man on ledge
unusual