Construction of Changi Airport Terminal 4 completed: Here's when it will be open to public 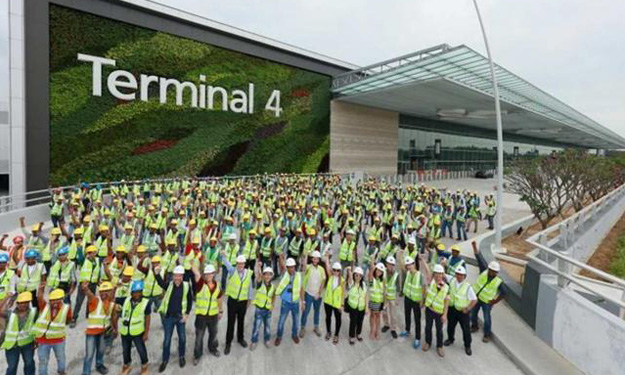 The next stage of its development will be focused on its interior fittings, as well as preparing it for operations.

Construction work on the terminal, located at the southern end of Changi Airport, started in early 2014. It is slated to open in the second half of 2017.

In addition to the two-storey passenger terminal building, the construction involved the development of two multi-storey car parks to provide 1,700 parking lots, a two-storey taxi holding area as well as three vehicular and pedestrian bridges.

The T4 project involved 4,000 workers at the peak of its construction works.

Mr Yam Kum Weng, CAG's executive vice president of Air Hub Development, said: "The past three years have been an intense and exciting journey for CAG and our project partners.

"We worked closely with the architects and contractors to ensure that the development works were carried out according to plan, and witnessed the transition of our vision from architectural blueprints to fruition."

Related Stories
'Pokemon invasion' at Changi airport: Here's where you can catch the cuddly monsters
Man who spent 18 days in transit after missing flight: Here's just how comfortable it is to 'chill' at Changi Airport's transit
Changi airport
construction
worker