Caught on CCTV: Eateries broken into in VivoCity by pair who "looked like a young couple" 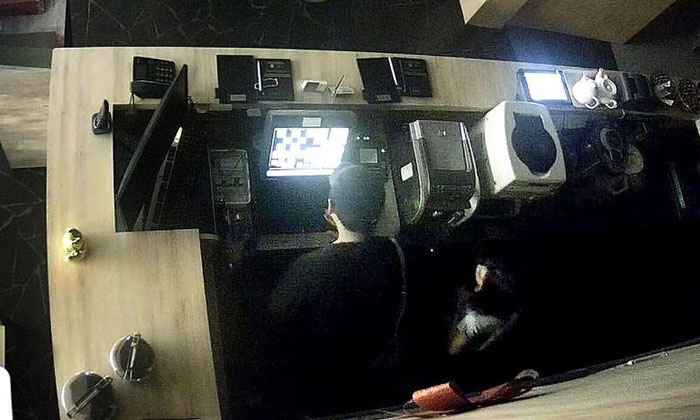 Five restaurant operators in VivoCity yesterday discovered their premises had been burgled.

One owner, who declined to be named, told The New Paper: "(It seems) the burglars targeted open-concept restaurants as there are no doors and people can just walk in and out."

He added that the restaurant's closed-circuit television footage showed a pair who "looked like a young couple".

"They tried opening the safe, then tapping the back of the cash register but it was too heavy to be moved," he said.

"So they took the tip box, which was beside the cash register and inside a locker. They opened it with a screwdriver."

He estimated that the tip box had about $300.

An employee at Japanese restaurant Monster Curryfound the floor in a mess when she arrived at 10am. She alerted her management immediately.

Her manager said: "Everything was on the floor and she felt something was amiss. Then she saw the safe on the floor.

"We use barricades only when we close off the restaurant and there are no doors because our restaurant is meant to have an open-concept design."

Luckily, nothing was stolen.

The supervisor of hotpot restaurant Jpot said walkie-talkies and a tip box with about $50, were stolen.

The other affected restaurants are Shin Kushiya and Paik's Bibim.

The mall management said the police had been alerted.

"As police investigations are still ongoing, we will not be able to provide further details pertaining to the case," they added.

A police spokesman said: "On Dec 22 at 10.26am, the police were alerted to a case of theft in dwelling at Vivocity."