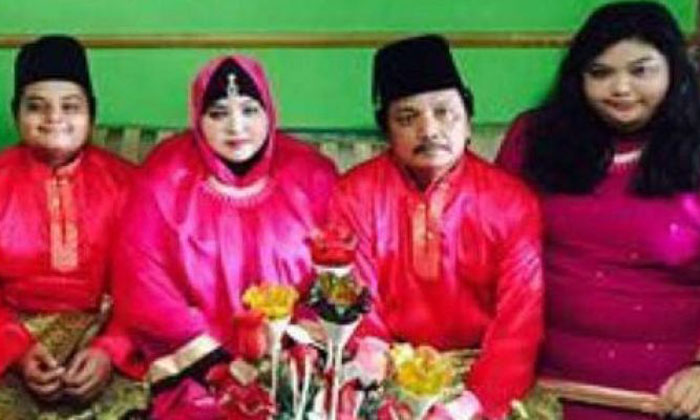 Lontong, rendang, and sambal prawns - that was what she was looking forward to serving her extended family at a special meal on July 5, the eve of Hari Raya Aidilfitri.

But the food, which cost her $600, did not appear on the dining table.

Ms Darniyati Majid, 46, is among several customers of a catering company who claim they did not receive what they ordered and also did not get refunds.

Attempts by The New Paper to contact the owners of the company several times last week were unsuccessful.

A search with the Accounting and Corporate Regulatory Authority (Acra) shows that the business is still listed as a live company.

Ms Darniyati, a quality inspector, said: "My mother is not feeling well, so I wanted to order a feast for her to host 30 to 40 family members visiting on Hari Raya eve."

On July 4, a day before the delivery, she sent a Facebook message to the company to confirm the delivery timing, but there was no reply.

Ms Darniyati said she was "so worried I could not sleep" so on the morning of July 5, she contacted another catering company to order food for the dinner. It cost her $300.

Later that day, someone from the catering company sent her a message via Facebook, promising to refund her for the non-delivery, but she did not get a refund.

On July 6, she made a police report. A police spokesman told TNP a report was lodged and investigations were ongoing.

Another customer, graphic designer Zara Samsudin, 37, had ordered iftar (breaking of fast) meals for the entire duration of the fasting month.

From June 7 to June 24, the orders were fulfilled, but from June 27, she stopped receiving any food.

Ms Zara said: "The owner messaged me to say that her cook had been injured (due to an incident involving) hot oil."

Other customers have not been as lucky.

At least four people, who posted messages online complaining about the caterer, told TNP they did not receive their orders and refunds. They said they could not reach the owners after Hari Raya.

The amounts owed are between $69 and $149, according to their claims.

One of them, housewife Sheree Deen, 28, said: "The owner keeping quiet would not assuage our worries."

When reporters visited the owner's flat in Woodlands last week, he was not in. A woman at the flat, who declined to be named, said the catering business had closed down the week before.

The company's Facebook page, which has been taken down since Tuesday night, listed the address of a food stall in Sembawang.

When TNP visited the stall last week, the cooksaid the owner was in Johor Baru.

Mr Seah Seng Choon, executive director of the Consumers Association of Singapore (Case), advised that consumers seeking for refunds from a registered business may file a claim with the Small Claims Tribunal (SCT).

Mr Seah added: "If they get a judgment in their favour but the business refuses to pay, they can enforce the judgment by way of a writ of seizure and sale to recover their money."

Case said no complaints have been registered against the catering company in the past.

Consumers can contact Case for advice on filing a claim at the SCT via their hotline at 6100-0315.

Ms Darniyati said: "I hope caterers won't take orders if they can't cope. I would not want this to happen to anyone."