Car rolls out of parking lot into parked vehicle in S'pore Zoo: Woman tries to stop it with her bare hands 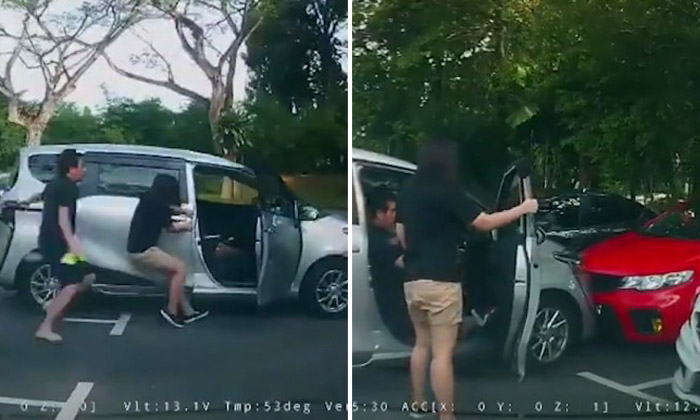 Drivers, here's a good reason why you should not leave the car on drive even if the handbrake is engaged.

A video posted on Roads.sg, and credited to Maggie, shows a driver at the carpark in Singapore.

As he pulls up along a row of parking lots, the in-car camera in his vehicle captures a man and a woman behind a parked Toyota.

The man is squatted behind the car, and the woman is standing next to him.

However, the car starts to lurch forward, and rolls out of the parking lot.

The woman runs next to the driver's side of the car, and tries to pull it to a stop with her bare hands.

Of course, she is unable to do so.

The guy runs forward and leaps into the driver's seat, but the car has already hit the Kia parked in front of it.