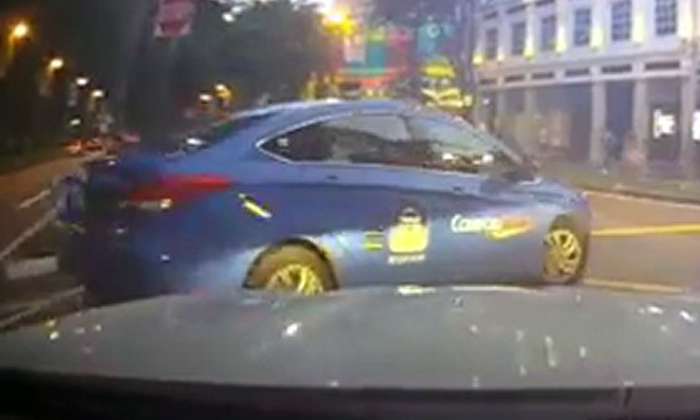 If you thought people could only cut queues at stores or during the Hello Kitty craze, you are dead wrong.

Let this cabby show you how to cut queue at a U-turn, which happens to be both dangerous and illegal.

Motorist Edmund Tan shared a clip of this incident on All Singapore Stuff.

As he was about to make the U-turn, a cabby is seen cutting in front of him and blocking his path.

The cabby swerves onto the other side of traffic and goes on his way.

Netizens pointed out that since the cabby was not on the right-most lane, his U-turn was illegal.

Many also pointed out that his actions were also dangerous.

Edmund stated in the post that taxi driver did not show any sign of remorse or say thanks after pulling off that reckless move.

Related Stories
45-year-old driver of blue Lamborghini arrested for reckless overtaking on expressway
Youth puts his life at risk by overtaking bus along Mandai Road
This is what happens when you deliberately speed up to prevent fellow motorist from overtaking
More About:
Cabbcuts queue at U-turn
reckless driver
taxi drivers