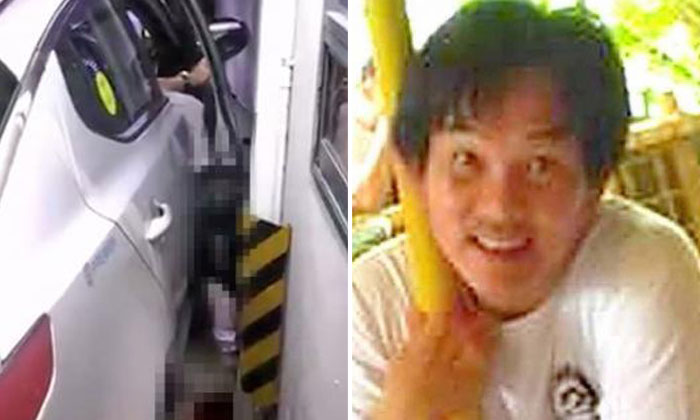 Just days before he was to celebrate his 60th birthday and Father's Day with his family, taxi driver Ong Kha Lee died in a freak accident.

Mr Ong had opened the driver's door of his silver Premier taxi to pick up some cash that he had dropped, while still belted to his seat at the cab company's headquarters in Changi.

But the taxi moved forward and closer against a wall, wedging his neck and right hand between the door and body of the cab.

He was taken unconscious to hospital, where he died the next day, on June 15, three days before he would have turned 60.

The coroner found no basis to suspect foul play. The accident was captured on closed-circuit television and seen by eyewitnesses.

"The evidence thus shows that Mr Ong had likely and unintentionally released the foot brake when he had reached forward out of his car in an attempt to pick up items that had fallen to the ground.

"As his car was in the 'drive' mode, the vehicle had continued to move forward, wedging him between the wall and his car," said the coroner.

"Mr Ong's sad demise does underscore the importance of ensuring that a vehicle's brakes are fully deployed before any attempt is made to leave the vehicle," said Mr Bay.

Automatic transmission cars should be placed in "park" mode, as there is a tendency for them to continue moving slowly forward if the "drive" mode is not disengaged, he added.

As he was about to make payment to a cashier for $26 of diesel at 7.42pm, he accidentally dropped some $10 notes and a payment slip on the ground.

The cashier advised Mr Ong to drive forward to exit first and make payment later but he opened the door and reached towards the floor to pick up the cash and payment slip.

The taxi moved forward, trapping him. He died the next day in hospital.

A forensic pathologist certified Mr Ong's death to be from traumatic asphyxia.