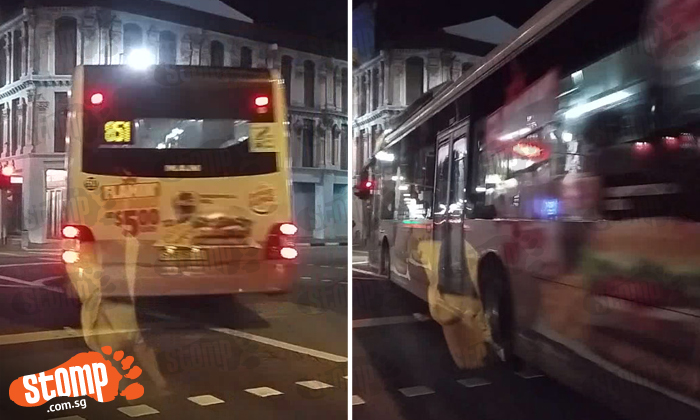 "Because I did not give way to him (bus driver), the bus driver of SMRT bus number 851 decided to drive recklessly and overtake my Uber car.

"Earlier on, the bus driver had only signalled me at the very last minute and tried to cut my lane.

"Possibly to seek revenge, the bus driver sped past my car and beat the red light. How reckless!"

In the video provided by Ruben, the bus is seen emerging from the right and speeding past Ruben's car, beating the red light in front of them.

The Stomper is heard saying in the video:

"Don't worry, I got the license (plate) number, I will send this to the police."