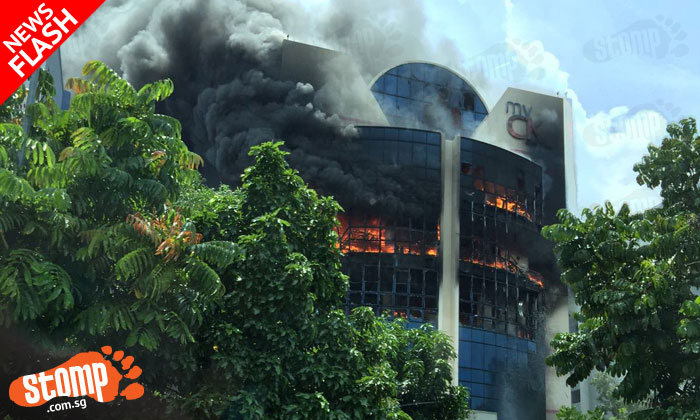 Photos sent by the Stompers show at least two levels of the building engulfed in flames.

Thick black smoke from the fire can be seen from a distance away, reported Stomper Fauzi.

He told Stomp in a telephone interview:

Stomper JW said that the smoke was almost five storeys high and reported seeing around six fire engines in the area.

Said the SCDF on Facebook with regard to the huge blaze:

"The raging fire had been encircled by 6 water jets on the building exterior including the deployment of two aerial monitors.