Body of Singaporean who drowned while kayaking in Malaysia found 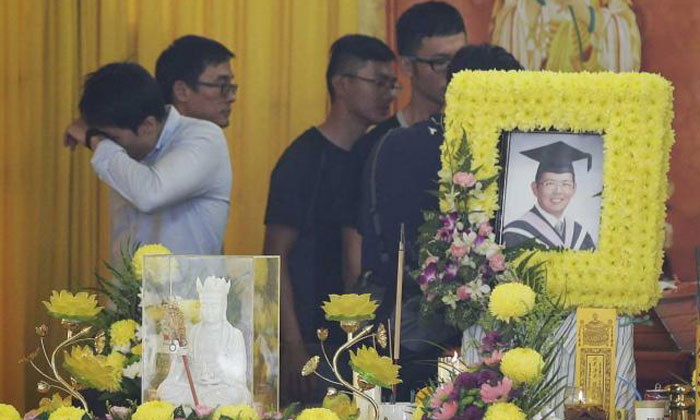 The body of a Singaporean who drowned after falling into the Sungai Tesong river in Perak has been found.

Mr Koh Kah Wei, 30, had been kayaking with a group of friends from Singapore at Sungai Tesong at Felda Sungai Klah near Sungkai, on Saturday (Oct 29) when his kayak hit a piece of driftwood and overturned, the Fire and Rescue Department said.

The department told The Straits Times that Mr Koh's body was found at 3.15pm, with his shirt stuck between rocks. The body was found 1km from the site of the drowning, and it has been sent to a hospital for post-mortem.

The search along the river on Sunday (Oct 30) was hampered by bad weather. The Fire and Rescue Department received a distress call on the incident on Saturday at about 4.50pm.

Mr Nadzir Razak, the Fire and Rescue Department chief for Bidor in Perak, told The Straits Times Mr Koh's friends had tried to help him but he was swept away by the strong currents.

"He lost control of the kayak and hit a driftwood. The kayak overturned and the victim is believed to be stuck between pieces of wood," Mr Nadzir said.

He said a 30-man team conducted a surface search at three sites. "It's a long river and a difficult search. We started at the site where the victim fell and moved downstream," he said.

A spokesman from Singapore's Ministry of Foreign Affairs said: "The Singapore High Commission in Kuala Lumpur is in contact with the local authorities regarding this incident, and is extending consular assistance to the family of the Singaporean."

Hi, Stompers. Of all the risks associated with kayaking, drowning is what kayakers are most afraid of.

Here are some tips to reduce the risk of drowning the next time you paddle:

1. Wear a personal flotation device (PFD)
If you are knocked unconscious, the PFD will float you to the surface of the water before rescuers find you.

3. Practice holding your breath underwater
The more you practice this skill, the longer you'll be able to survive underwater without air.