Body of 40-year-old man found at foot of Blk 263 Bishan Street 22: He stabbed ex-GF and fell to his death 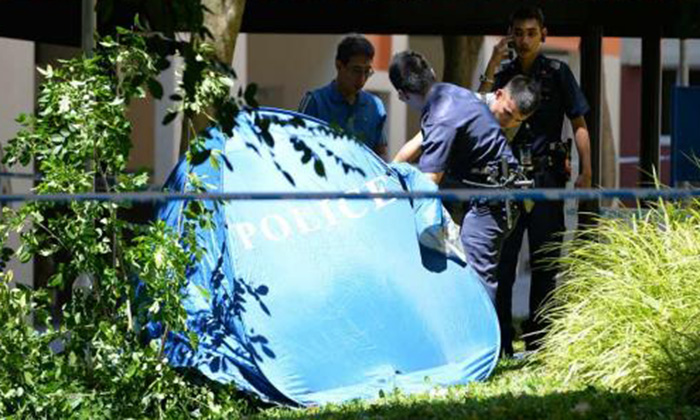 A 40-year-old man who was found dead at the foot of Block 263, Bishan Street 22 at around 9.30am on Wed (Oct 12) had stabbed his ex-girlfriend before falling to his death.

Tang Siong Beng, 40, allegedly stabbed his ex-girlfriend, a 39-year-old spa therapist from Malaysia, before falling to his death.

Stomper Sam was sitting at a nearby coffee shop when he saw two ambulances and a police car move past, and alerted Stomp to the incident.

The incident happened at about 9am on Wednesday at the woman's rental flat on the 16th storey of Block 263, reports The New Paper.

Residents of the block told the Chinese evening papers Shin Min Daily News and Lianhe Wanbao that heated quarrels could be heard coming from the flat.

The quarrel that day progressed to a physical fight when Tang allegedly drew a fruit knife and stabbed the woman in the chest.

The victim managed to run out of the flat, her blouse soaked in blood, and then she fell.

Neighbours who saw her lying along the corridor called the police.

Tang is believed to have fallen from the kitchen window of the flat some time later.

The police and the Singapore Civil Defence Force (SCDF) received a call at about 9.20am about the incident.

When they arrived, they found a man lying motionless at the foot of the block.

The woman had superficial stab wounds to her chest and was taken by ambulance to Tan Tock Seng Hospital, where she is warded.