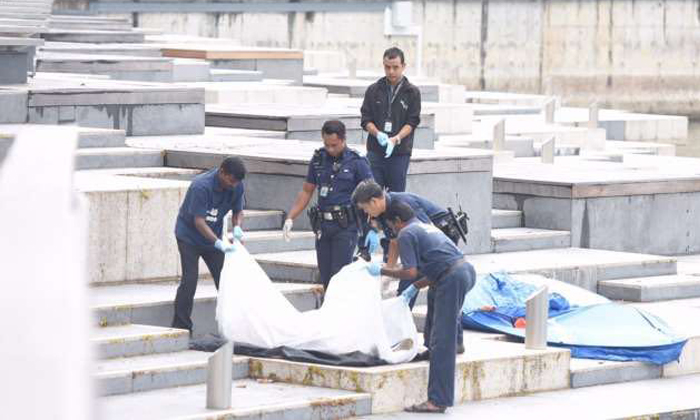 A male body was found in the Singapore River this morning (Apr 13), a spokesperson from the Singapore Civil Defence Force (SCDF) and police told Stomp.

Police said that they were alerted to the motionless body at around 8am. A cleaner working at the river found the body, according to The Straits Times.

The male Chinese man in his sixties was subsequently pronounced dead by paramedics at scene, SCDF said.

It was reported that Mr Moses Arumugam, a tour bus driver, saw a forensic vehicle and police cars at Connaught Drive at around 10am.

The body had since been retrieved from the river, and a cordon had also been set up at Esplanade Park.

The witness also said he saw two boatmen being questioned by policemen, and a blue tent beside the river.

Police are investing the unnatural death.