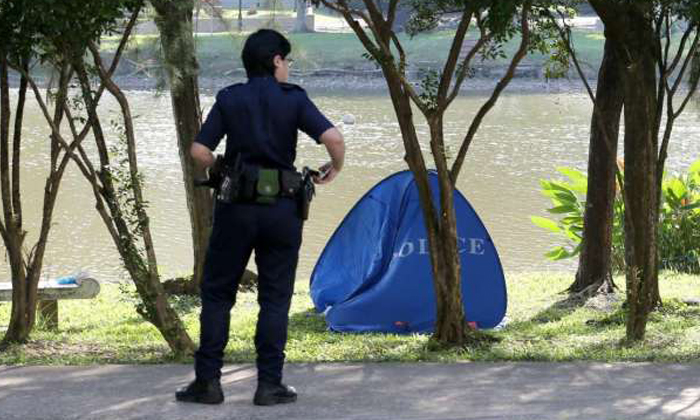 A 42-year-old woman was found dead in the Chinese Garden in Jurong on Thursday (Aug 4).

The woman, believed to be an Indian national, was found floating in the water on Thursday afternoon.

The Singapore Civil Defence Force (SCDF) said that it was alerted to the incident at 1.50pm and sent a fire engine, a Red Rhino vehicle, two fire bikes and an ambulance.

SCDF officers found a body floating near the shore, and manually retrieved it.

Paramedics pronounced the woman dead at the scene.

The Straits Times understands that the body was identified only two to three hours later.

It added that the body had been placed on a grass patch and covered by a police tent.