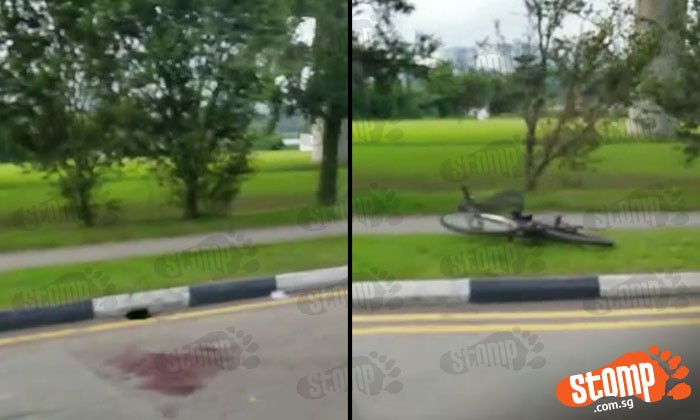 Stomper Bugatti spotted the scene of a collision between a bicycle and a taxi at the junction of Boon Lay Way and Jurong East Street 31 yesterday (Dec 5).

In his video, a large trail of blood can be seen on the road, as well as a bicycle lying on its side on the kerb and a taxi stopped in front of the scene.

The accident occured in the wee hours of the morning, slightly after 6 am.

The SCDF dispatched an ambulance to the location, where a 39-year-old Chinese man was dispatched to the National University Hospital (NUH).

NUH was alerted to standby to receive the man, who was suffering from head injuries.