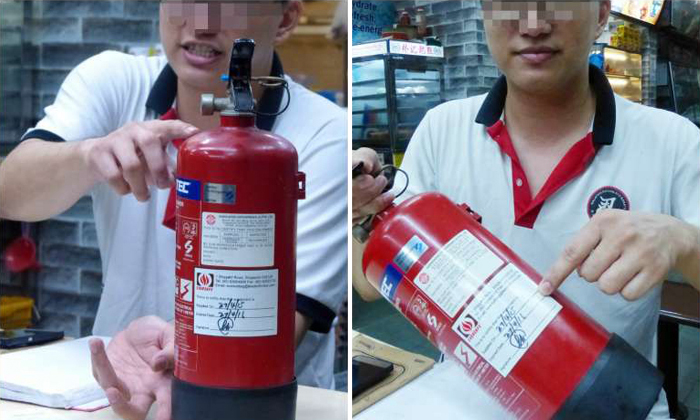 The Singapore Civil Defence Force in a Facebook post on Friday (Dec 9) warned the public against companies claiming to be SCDF-endorsed while selling fire extinguishers and/or first aid kits.

The sellers reportedly wear lanyards to give the impression that they are government organisation representatives.

The SCDF clarified that it is not involved in "any sales of fire extinguishers and first aid kits" and has not authorised any company to carry out such sales on its behalf.

It added that SCDF personnel display their warrant cards, NS Identity Cards or letters of authorisation.

"While it is encouraged for each household to be equipped with a fire extinguisher and first aid kit, it is not mandatory and residents will not be fined by SCDF for not having these items at home," it said in the post.

The Straits Times understands that such scams are not new.

The warning on Friday comes after a report by Lianhe Wanbao on Sunday (Dec 4), which said that two women impersonating government personnel allegedly sold two fire extinguishers - said to be worth only about $20 each - for $158 each to staff at a coffee shop in Jalan Bukit Merah.